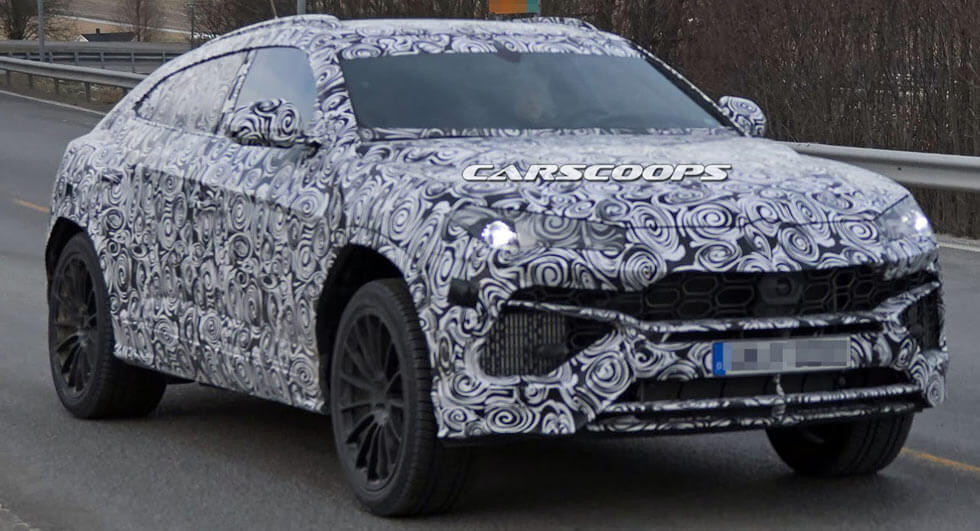 The Lamborghini Urus will be unveiled on December 4th but we're starting to learn more about the crossover as Automobile Magazine has published an early review of a pre-production prototype.

According to the publication, the crossover will be powered by a twin-turbo 4.0-liter V8 engine that produces approximately 650 hp (484 kW) and 627 lb-ft (849 Nm) of torque. The engine is connected to an eight-speed automatic transmission which sends power to an all-wheel drive system with a Torsen center differential and a locking rear differential.

While the Urus reportedly weighs more than 4,400 pounds (1,995 kg), the model is ridiculously quick as magazine says the crossover accelerates from 0-62 mph (0-100 km/h) in less than 3.7 seconds and that figure got as low as 3.35 seconds during testing. The top speed is reportedly higher than 188 mph (302 km/h) and the Urus can lap the Nardo test track as quick as the Hurac?n.

You can read the full review at Automobile Magazine but the publication reports Lamborghini is also working a plug-in hybrid variant that will feature a V6 engine. There could also be lighter and more powerful Urus Performante on the horizon with more than 700 hp (522 kW).