Maybe The 2018 McLaren-Renault MCL33 Will Actually Win Something 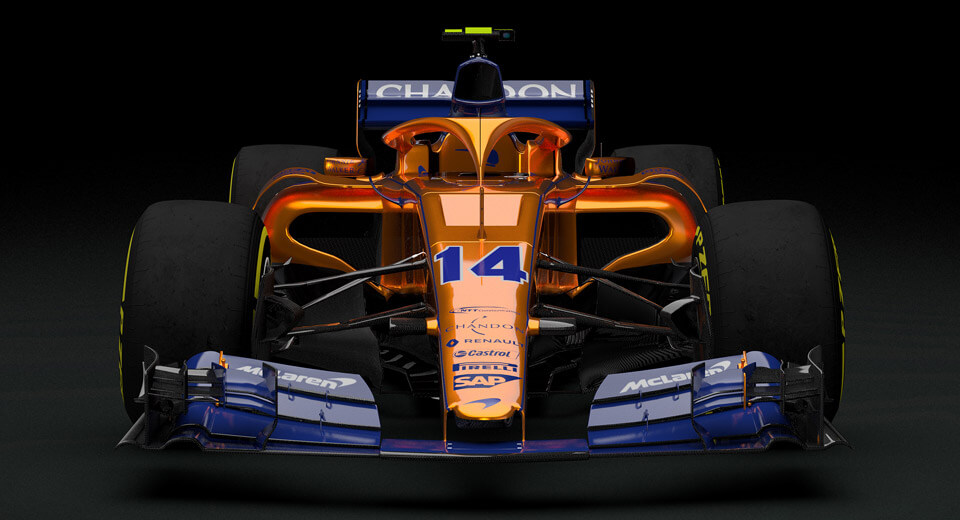 After three pitiful years with Honda, McLaren is finally releasing itself of the shackles of an underperforming engine and starting next year afresh with Renault engines.

In the process, it's expected to adopt a new livery � one tipped to revive its classic Papaya Orange tint. And it could look something a little like this.

Imagined by livery specialist Sean Bull is a projected look at the 2018 McLaren-Renault MCL33, rendered in orange and blue � and with an integrated �halo� cockpit safety device, too.

Now orange was never this writer's favorite color, but we have to commend McLaren for looking to its roots... back to a time when it, you know, actually won races and championships. Here's hoping Woking's new challenger looks at least this good, and helps the team rediscover its winning form.