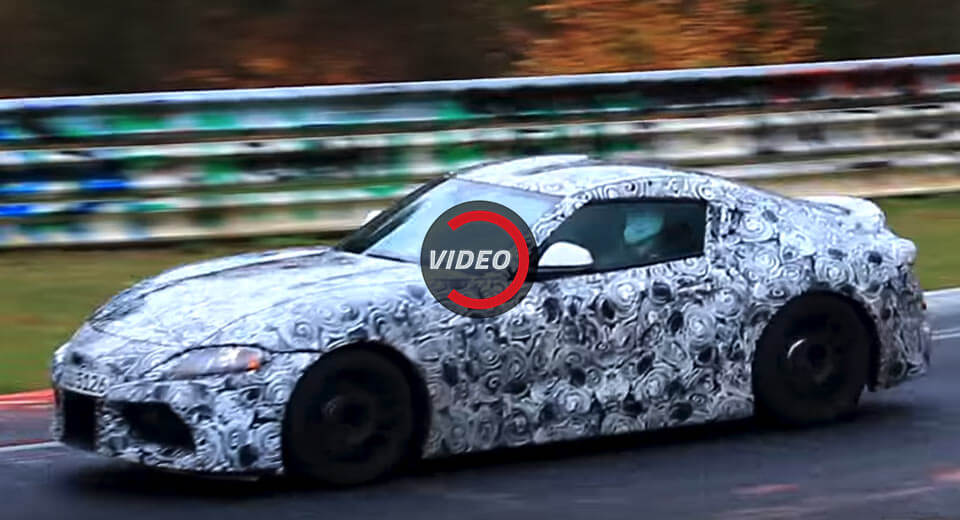 If you’re a Toyota Supra enthusiast, you may want to block your ears for the video below. It is not encouraging.

Late last week, a prototype for the next-generation Supra was filmed accelerating near the streets of the Nurburgring sounding bland and no more exciting than a Toyota Camry or 86.

Later filmed at the German circuit itself, this prototype was even drowned out by the turbo four-cylinder of the Porsche 718 Cayman it was following. If you were hoping the new Supra would come with an engine as exciting as the famed 2JZ, you’ll be sorely disappointed.

According to our sources, not all hope is lost. While a four-cylinder engine with approximately 248 hp will be the most affordable powertrain option for the sports car, a 335 hp six-cylinder should also be made available to customers in the United States. If Toyota takes its duties seriously in developing a replacement to the fourth-gen Supra, it better ensure the inline-six version sounds much better than this prototype.

It remains to be seen when the new Supra will launch but a debut in the first half of 2018 is probable.