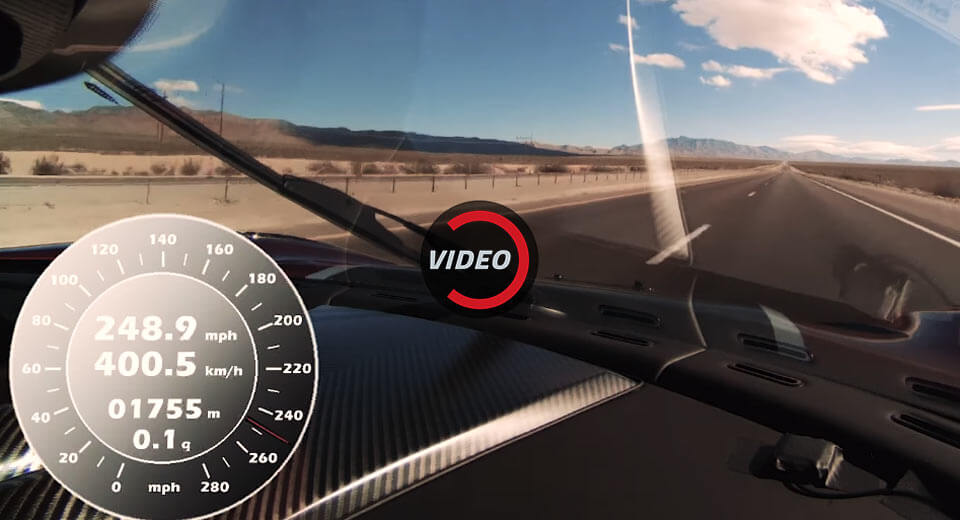 Alongside setting a new top speed record for a production car, the Koenigsegg Agera RS secured a new 0-400-0 km/h record over the weekend.

If you’re a keen Carscoops reader, you’ll remember that the Swedish firm smashed the Bugatti Chiron’s 0-400-0 km/h record last month with a time of 36.44 seconds, some six seconds faster than Bugatti’s best. Not satisfied with that time, Koenigsegg set out to create history once again.

Taking to a piece of perfectly straight and beautifully smooth road in Nevada, the Agera RS broke its own record, completing the feat in just 33.29 seconds. That time is about 20 per cent quicker than Bugatti could achieve.

What’s even more incredible is that the Koenigsegg Regera may eventually complete a 0-400-0 km/h run in less than 30 seconds. The automaker believes the Regera will do 0-400 km/h in 20 seconds, approximately four seconds quicker than the 1,360 hp Agera RS.