Please Let The Upcoming Ford Ranger Raptor Look Like This 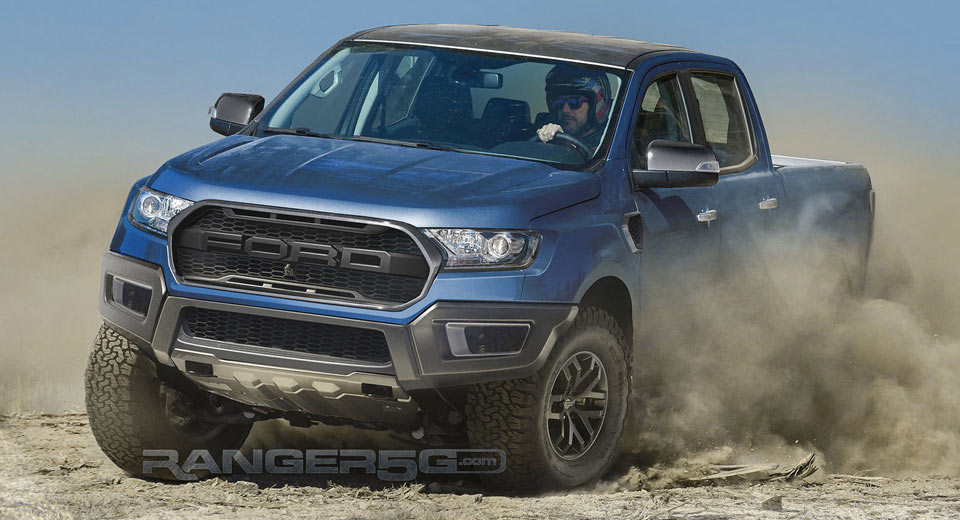 A Ford Ranger Raptor is just around the corner, and if these renderings from Ranger5g prove to be accurate, the pickup will be the mini F-150 Raptor we�ve been hoping for.

By using prototype pictures of the Ranger Raptor as a base, the forum member has rendered the pickup with a custom front fascia dominated by a blacked-out grille with a large Ford emblem, just like the F-150 Raptor.

Elsewhere, the fascia includes a steel skid plate, new air ducts and a pair of blacked-out air extractors on the hood. When combined with a black roof, black wing mirrors, and black wheels, we have a pickup that�s sure to whip Ranger lovers into a frenzy.

Beyond its tweaked design, reports indicate the Ranger Raptor will be powered by a 2.0-liter twin-turbo diesel engine, not the 3.5-liter twin-turbo V6 of the F-150 Raptor. Nonetheless, the engine will be paired with the 10-speed automatic transmission Ford developed alongside General Motors, while an upgraded suspension will also be part of the package.