Rolls-Royce Cullinan Sheds Some Camo On The Road To Production 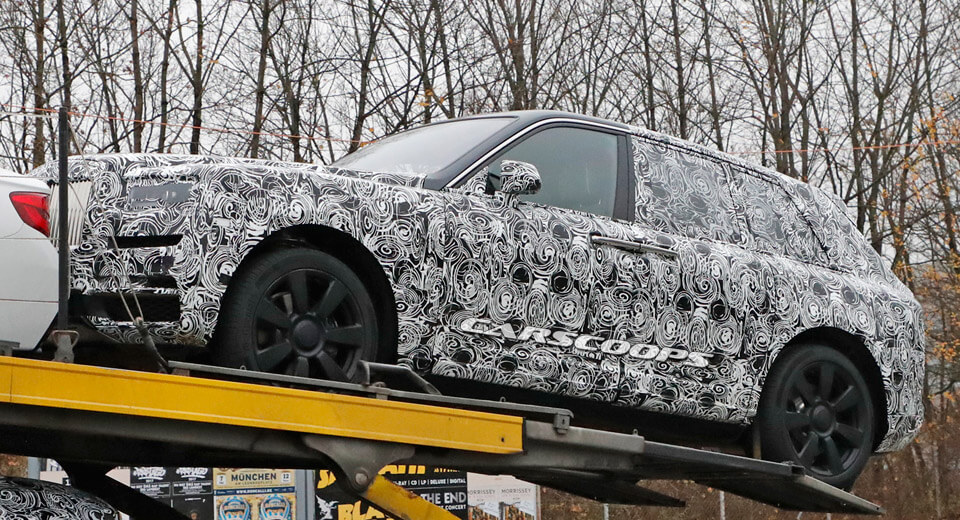 While Rolls-Royce has showcased some tantalizing images of its own, the clearest looks into its forthcoming crossover have come, as they often do, from spy shots. And these could be the most revealing yet.

Spotted by our spy photographers sitting on the back of a transport trailer, this prototype for the model tentatively known as Project Cullinan has shed some of the camouflage we've seen in previous spy images.

The front the greenhouse is exposed, as is part of the roof. We can also discern more of the high side flank, with those signature �coach� doors opening outward from the B-pillar.

In case it wasn't until now, these photos also make it obvious that Rolls-Royce has steered clear of the slant-back crossover coupe profile that its parent company BMW essentially pioneered, to the benefit of rear-seat space � a vital priority for Rolls buyers, we needn't point out.

Though based on the same aluminum spaceframe platform as the new Phantom, the Cullinan sits higher and will offer better all-weather traction, not to mention a taller cargo compartment. Expect twelve-cylinder power when it debuts sometime next year, to be followed by a plug-in hybrid version in the near future.