Uber Teams Up With Mahindra To Test EVs In India 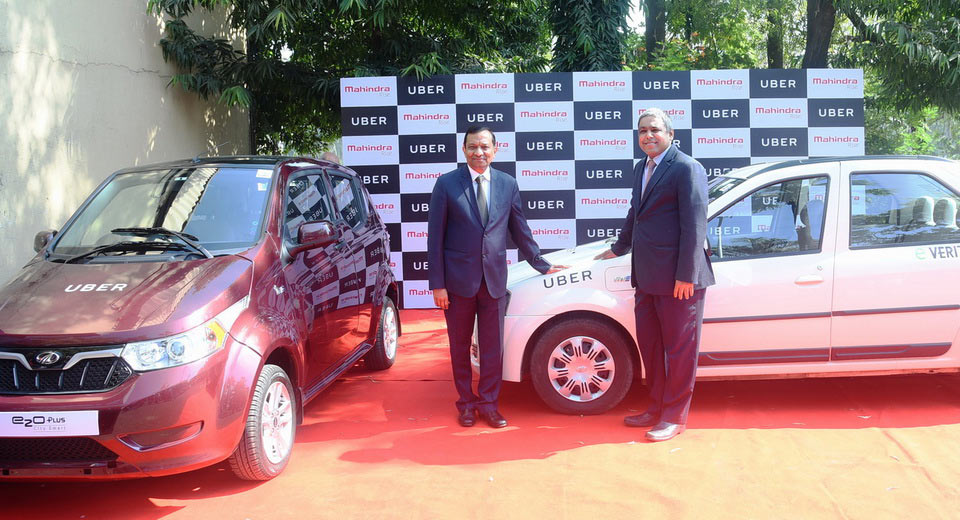 Uber announced their new partnership with Mahindra to pilot electric vehicles on its platform in India.The plan is for Uber to deploy hundreds of electric vehicles on the streets of Delhi and Hyderabad by the March of 2018, with the option of expanding the pilot program to other cities.

�For how long this pilot will go on is difficult to predict. It will require adequate progress in engagement with our stakeholders before we plan to expand to other cities,� Madhu Kannan, Uber�s chief business officer for India, told Reuters.

With this move, Uber becomes the second company launching an EV pilot program in the country, following local rival Ola which has already launched its own program in Nagpur and plans to expand it on a large scale by next year.

As part of the deal, Uber will subsidize the cost of an electric vehicle for its drivers and Mahindra will also provide finance, insurance and maintenance. The two companies will also work with third parties to set up a charging infrastructure for the cars in Hyderabad.

Mahindra recently said that they plan to invest 6 billion rupees ($93 million) over the next three years for the development of electric models. The company is currently working on two passenger cars, including one with Ssangyong, which is owned by the Indian manufacturer.