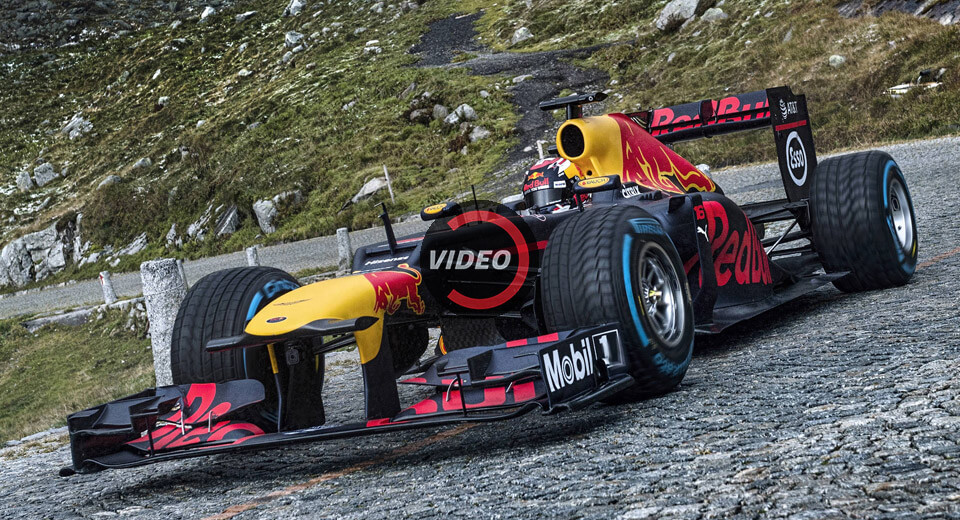 Formula One cars are made to drive on paved racing circuits or, like Monaco, in closed city streets, but that's about it. That's what makes this latest publicity stunt so unusual. As part of its ongoing traveling road show, Red Bull took a five-year-old F1 car and put it on a 200-year-old road.

That road is the Tremolastrasse, a cobblestone mountain pass in the Swiss Alps that was built in the early 19th century along a route first used by the Romans. The Romans, for crying out loud!

The road snakes some eight miles over treacherous turns to a 7,000-foot summit. And while a rally car might find itself at home there, it's anything but optimal conditions for a delicate F1 racer.

To handle the task, Red Bull called up Sebastien Buemi, a native Swiss pilot who drove for Scuderia Toro Rosso back in 2009-11, served as a test driver for Red Bull Racing and has since gone on to win the FIA World Endurance Championship with Toyota and the Formula E title with Renault.

His steed for the endeavor was the RB8, the car, designed by Adrian Newey, with which Sebastian Vettel won the championship in 2012, when turbos were still banned, V8s were the engine of choice and hybrid assist was just becoming a thing.