What Do F1 Drivers Think Of The New Aston Martin Vantage? 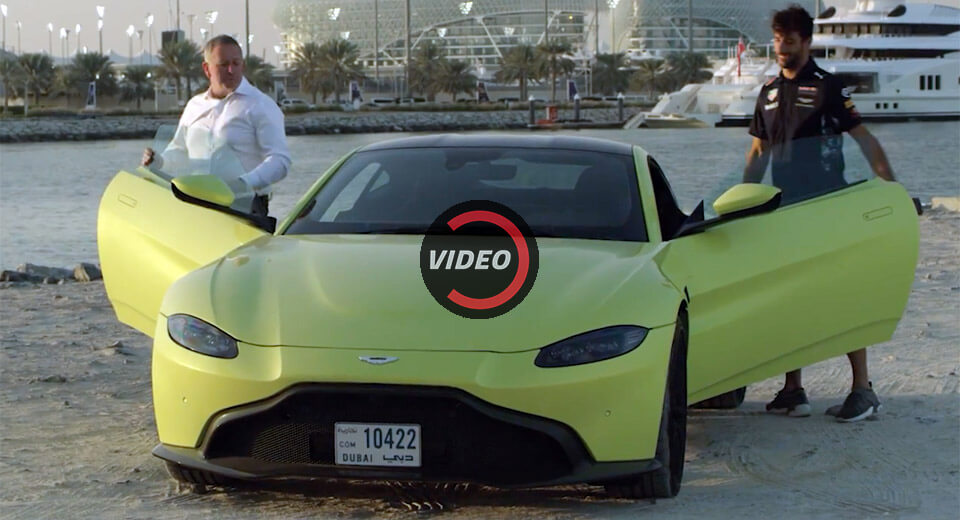 When you drive a Formula One racing car for a living, could anything else possibly live up to the rush of your day job?

Maybe, maybe not, but these two F1 drivers (one past, one present) seem to enjoy driving the new Aston Martin Vantage in this latest clip for Gaydon's newest model.

Pictured are Martin Brundle and Daniel Ricciardo. Brundle is best known these days as a broadcaster, but has had his share of success in the racing cockpit as well. He rivaled Ayrton Senna in British Formula Three back in 1983, spent a dozen (mostly fruitless) years in Formula One, and won the 24 Hours of Le Mans outright with Jaguar in 1990.

Racing at the front of the pack as he does today, Ricciardo may require even less of an introduction. He won the British F3 title that eluded Brundle, graduating to F1 in 2011, and has won five grands prix for Red Bull in the past four seasons. The Aussie driver is one of the few, in short, who's managed to pose a serious challenge to the domination of Lewis Hamilton and Mercedes these past few years, despite having a slower, less reliable car at his disposal.

We're sure that either could get their hands on just about any car they want these days, and have both been employed to drive some of the fastest cars ever devised. Given that the clip was released by the manufacturer (which happens to be one of Red Bull's biggest sponsors), we wouldn't take it as perfectly objective opinion, but it's always fun to see what a winning racer thinks of a mere �mortal� road car.