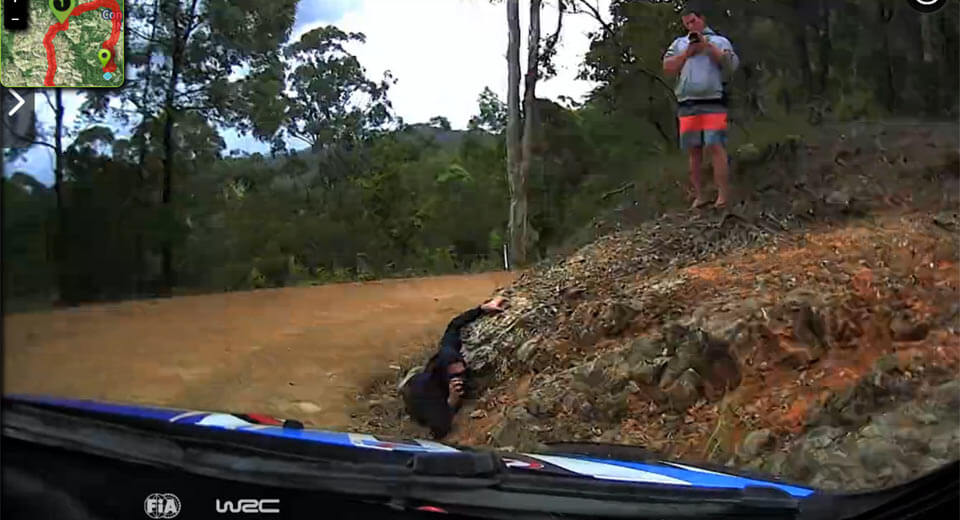 During the early 1980s, Group B rallying redefined the motorsport world but due to its dangers, was dismantled after just a few years.

In its heyday, rally stages were often packed with thousands of spectators risking their lives to get as close to the cars as possible. Nowadays, stages of the World Rally Championship feature dedicated viewing areas, often many meters away from the road. To most, these safety measures are tolerable.

However, during the recent Rally Australia, a number of spectators were filmed getting way too close to the road, lying down in a ditch just inches away from where the drivers go, Jalopnik reports.

These screenshots taken from the broadcast of the Welsh Creek stage, show at least four men putting themselves in harm�s way to try and get the best picture possible.

If any of the drivers had misjudged the apex of the right-hand corner, the men angling to get the best possible shot would have been killed. No question.

Ladies and gentlemen, say hello to the joint-recipients of the 2017 Darwin Award.