You Can Tell Everybody This Is Sir Elton John's Bentley 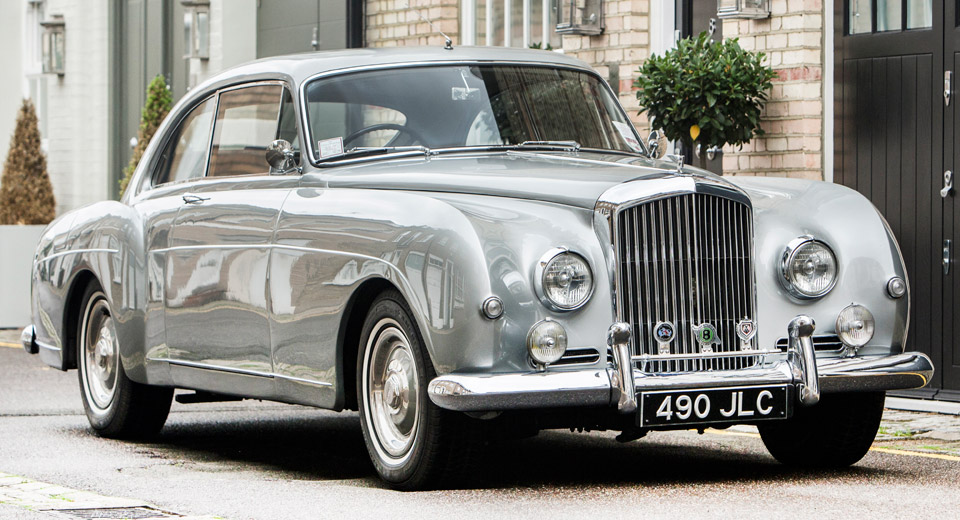 You wouldn't necessarily know it from listening to his songs, but Sir Elton John has owned some nice cars over the years. And every once in a while, one of those comes up for auction.

In the summer, for example, we brought you news of his 1972 Ferrari Daytona heading for the auction block. Before that it was a Maserati Quattroporte, and before that a Ferrari 512TR. Now his Bentley's coming up for auction, too.

This 1959 Bentley S1 Continental Sport Saloon (read: coupe) is one of just 431 made, with aerodynamic coachwork by H.J. Mulliner. It was one of the most expensive cars in its day, capable of moving four along in the lap of luxury at speeds you'd expect of an outright sports car, making it a true grand tourer.

Chassis number BC1BG went back and forth between the UK and Gambia, passing between several owners before Elton John bought it in 1976, commissioning a comprehensive restoration that brought it up to contemporary standards.

Sir Elton kept the Bentley for 25 years before selling it to business magnate Sir Alan Sugar (now a lord and baron), who in turn consigned it to Bonhams for auction 10 years ago. Now it will be auctioned off once again at the same Bond Street Sale where Paul McCartney's Aston Martin and Ringo Starr's Mini will be sold off as well.