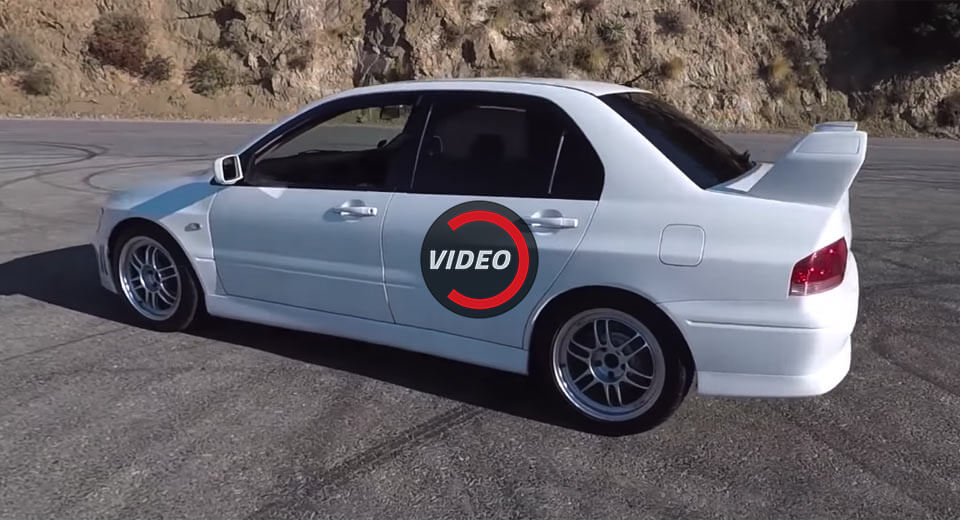 If Mitsubishi really wanted to, it could probably build a new Lancer Evolution to destroy every other generation to come before it. Unfortunately, no such model appears close to reality.

As a result, the world is left to enjoy the Evo that was. And when it comes to Evo models in the United States, few are held in as high regard as the VII. After all, the Evo VII was never sold Stateside, but Matt Farah recently had the opportunity to sample a right-hand drive one driven down from Canada.

This particular Evo VII looks like quite a pristine example with 130,000 miles on the clock and a number of bolt-on modifications. The owner estimates that it has between 320-350 hp at the wheels, a very respectable figure when working in conjunction with an uprated chassis that includes new suspension components and Brembo brakes.

As anyone that’s driven an Evo will tell you, the sudden surge of power provided by the 2.0-liter turbo four-cylinder when given a few revs is nothing sort of extraordinary. This Canadian example seems exactly the same.