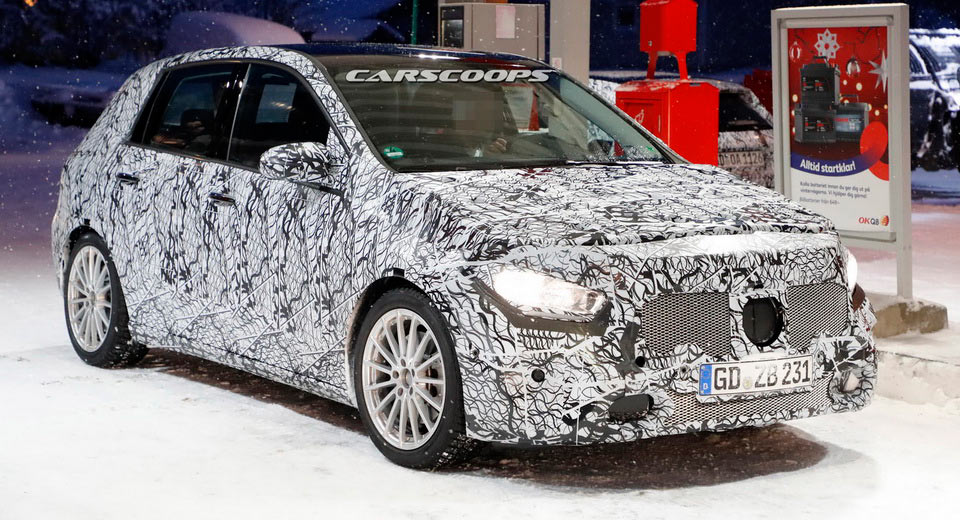 Mercedes brought a prototype of the next B-Class out for some cold-weather testing, allowing us to get a closer look to the upcoming German compact model.

Despite the heavy camouflage, the next B-Class can’t hide its redesigned bodywork which looks more like a higher-roof version of the A-Class and less like an MPV, making it more attractive to the customer than before.

The interior will continue to offer plenty of room, along with clever storage solutions and a dashboard that will share a lot with the new A-Class, including the latest MBUX infotainment system.

After all, the two models share the same platform and the sharing will extend to active safety systems and engine options which will include petrol, diesel and 48V plug-in hybrid powertrains.

The new generation of the B-Class will continue its role as the most practical offering in Mercedes’ compact model range, which will include the A-Class hatch and sedan, the CLA in four-door coupe and Shooting Brake versions, the GLA crossover and probably even a new SUV dubbed GLB.