Volvo’s Solution To Turbo Lag Is Quite Simple, Yet Really Clever 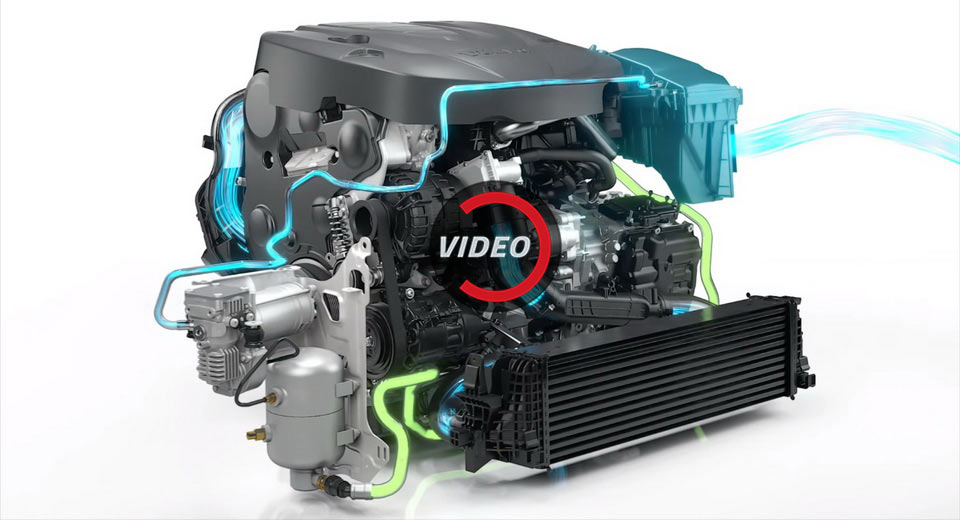 Volvo claims they’ve found the cure to turbo lag with a new system called PowerPulse and apart from being brilliantly clever, it’s also a really simple solution too.

Every turbocharged car suffers from turbo lag, that delay you get when you open the throttle after depressing it and while having the engine spinning within its boost zone. For years manufacturers have played with a lot of setups and different configurations in order to minimize its effect.

The delay is sourced at the turbo wheel, which can’t respond instantly to the driver’s input, requiring time to return back to its full speed in order to continue sending compressed air into the engine.

The only real solution to this problem is to keep the turbocharger fully spinning even at off-throttle situations and Volvo has done exactly that with the PowerPulse technology as Jason Fenske of Engineering Explained, er, explains.

The system includes a compressor drawing air from the air filter to a pressurized two-liter air tank, which then chucks it into the exhaust manifold to keep the turbocharger spinning and basically eliminate turbo lag.

Volvo’s PowerPulse is available only in conjunction with their 2.0-liter diesel engine at the moment. Of course, and If you prefer petrol power, the Swedish company also offers the T8 plug-in hybrid powertrain which combines supercharging and turbocharging with an electric motor in order to make sure that you’ll never experience any delay to your throttle inputs.