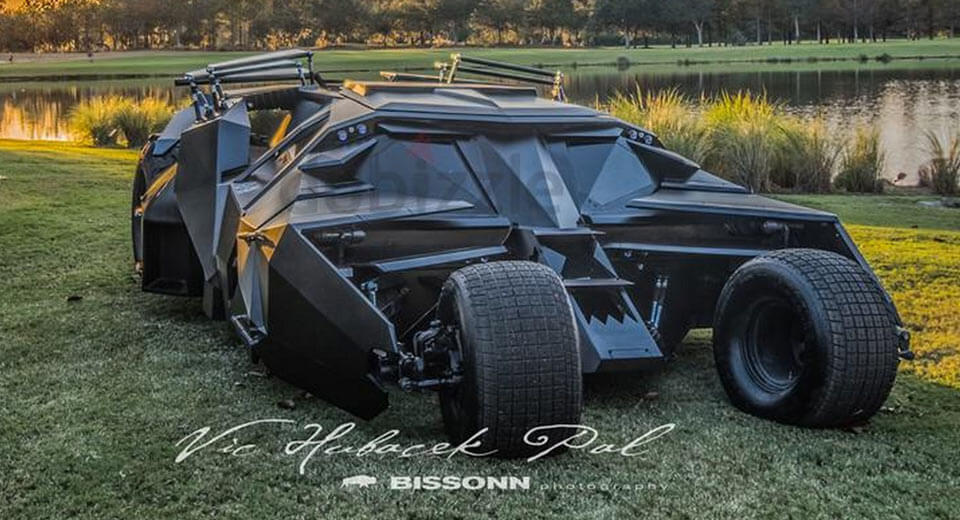 When it comes to memorable movie cars, few from recent times are more iconic than Batman’s Tumbler used in Batman Begins, The Dark Knight, and The Dark Night Rises.

Looking less like a car and more like an alien spaceship with wheels, the Tumbler is truly out-of-this-world and has already inspired a life-like Lamborghini Gallardo-based replica. Now, the Tumbler, as well as its replacement used in Justice League, are for sale in Dubai.

The listing claims that the Tumbler being offered for sale is the only one of its kind in the world and was used during filming of the three aforementioned films. We find it a little hard to believe that it’s the only example in existence but even if it’s not, it is still extremely rare. As for the Justice League Batmobile included in the sale, it is a static model and doesn’t feature a functioning powertrain.

According to the seller, the Tumbler is underpinned by a steel box frame and powered by a Corvette LS1 V8 engine mated to a 6-speed automatic transmission. The vast majority of the exterior panels are said to be made from carbon fiber while the entire interior is made from the lightweight material.

Surprisingly, the Tumbler actually has some creature comforts, including Bluetooth, eight cameras across the exterior which display images to four screens mounted in the cabin, LED lights, and no less than eight driving lamps.

Curiously, the listing has two wildly different asking prices for the pair of Batmobiles. The first sits at 2,590,000 AED ($705,000) while the second asking price listed in the description is for 1.69 million AED ($460,000). We’ve contacted the seller to seek clarification.