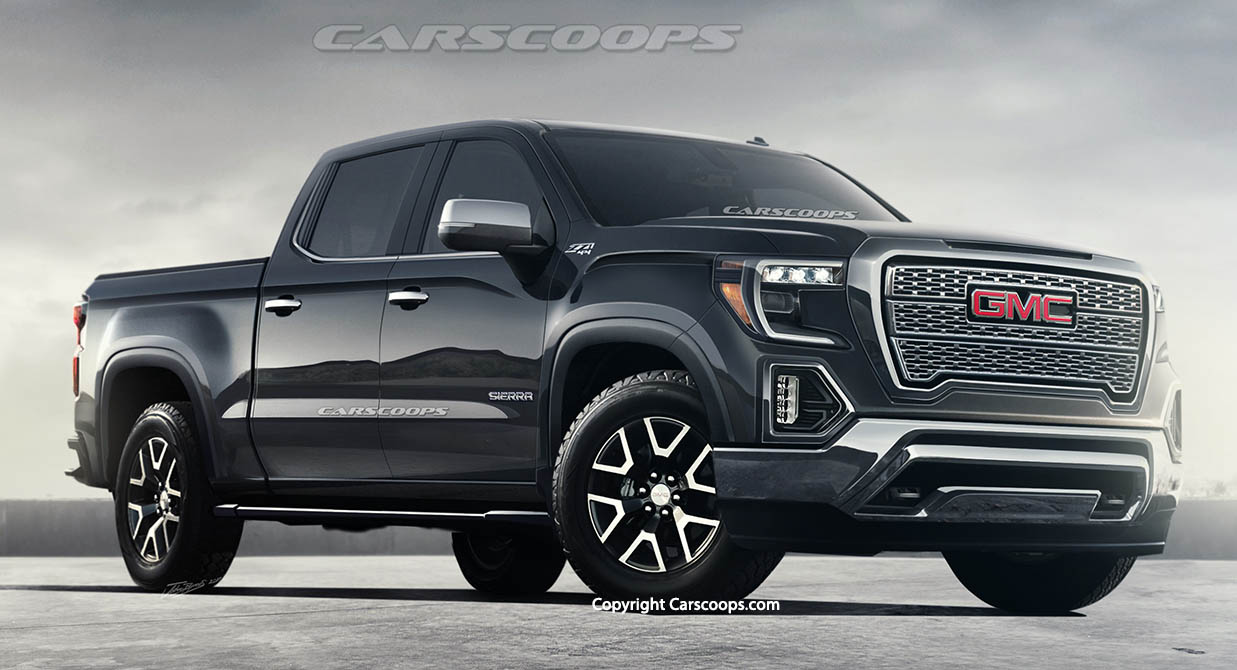 Chevrolet’s all-new 2019 Silverado is grabbing headlines and its striking new looks will no doubt be putting the fear into Ford’s F-150 camp, but let’s not forget, when there’s a new Silverado, a GMC Sierra follows.

This time, the differences between the two will be more substantial. So let’s look at what the Detroit automaker has in store for its GMC variant - and what it could look like.

Typically, the Silverado has been the more conservative of the two, with the Sierra being bolder in appearance. Now the gulf widens; with the GMC receiving an ‘in-your-face’ chrome grille, signature C-shaped LED headlamps and vertically-mounted fog lights to complete the frontal chrome-assault.

A chiseled line runs horizontally from the rear, tapering downwards below the side mirrors. Interestingly, the Silverado has the same element running in reverse off the front fenders. This means front doors will not be interchangeable - again, further differentiating the two.

There are hints of GM mid-size pickup, with a subtle sloping roof to aid aerodynamics, whilst the bed sits higher with more prominent GMC badging

Interior And Under The Skin

As for the interior; there is a dominant tombstone-styled center stack, with vertical air vents, chunky switchgear and high-mounted infotainment display. Also expect a substantial improvement in quality and materials offered for 2019.

Whilst GM have previously used attack-advertising against Ford’s use of military-grade aluminum for the F-150, it won’t stop the automaker using a combination of high-grade alloy and high-tensile-strength steel in the body and frame.

Other reports suggest use of carbon fibre-reinforced, thermo plastic for the bed area, which will help in making the truck lighter, ridged and more agile.

Look for the current V6 and V8 powertrains to carry over; however, it remains to be seen if GM will match Ford with their turbocharged V6 offerings. The 10-speed automatic, co-developed with Ford is expected to be standard across the range.

Expect the Sierra 1500 to debut after the Silverado’s official reveal at the 2018 North American International Auto Show next month.

Asides from the best-selling F-150, other competitors include the upcoming, all-new Ram 1500, Toyota Tundra and Nissan Titan.

What are your thoughts? Do you like the Sierra 1500’s brash new face? Tell us in the comments below. 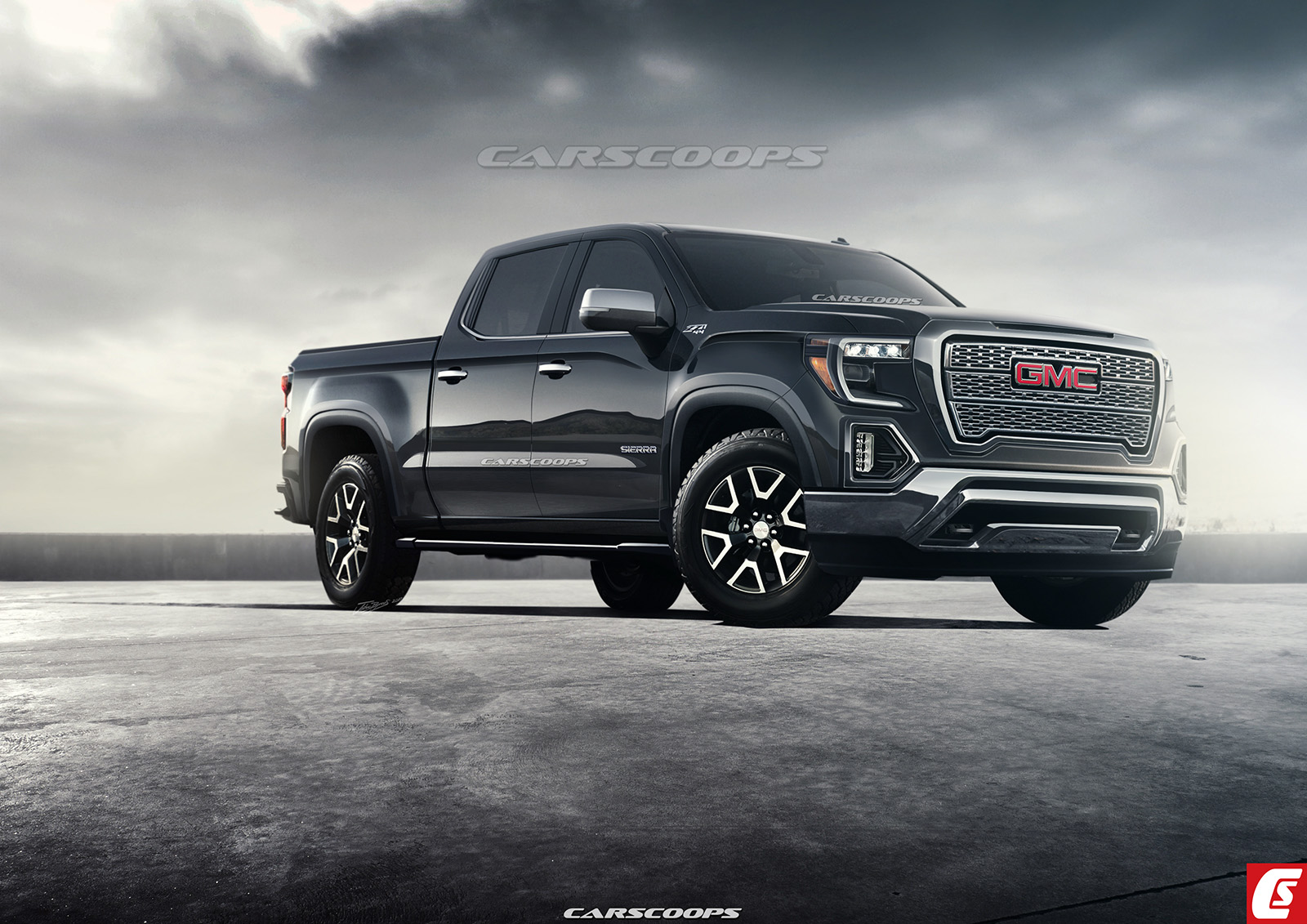