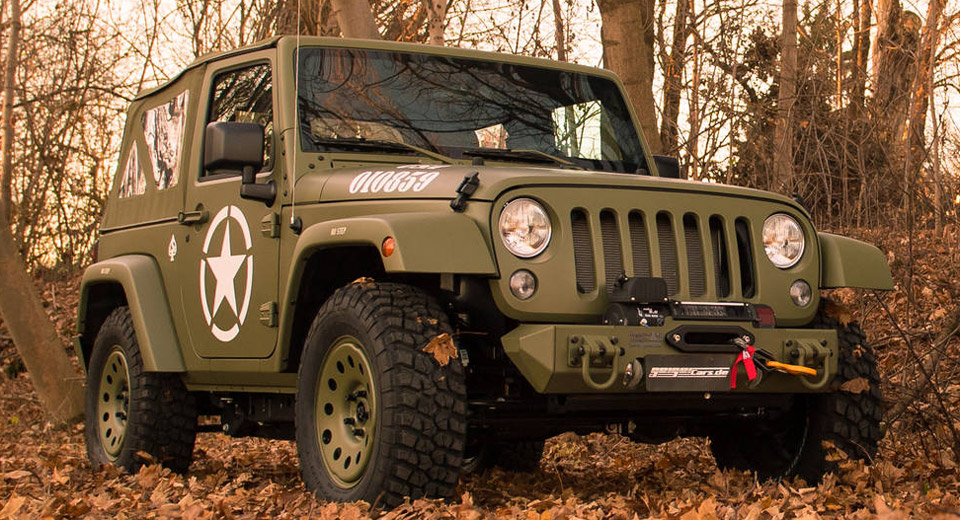 The Jeep was one of the first American vehicles introduced to Europe – not for commercial purposes, but on the back of the liberating US Army.

That point isn't lost on the people at GeigerCars, which has revealed this special-edition Wrangler reminiscent of the WW2-era Willys GP.

The German specialists in American cars has taken a US-spec two-door Wrangler, stripped it down, and rebuilt it to better imitate its heroic forebear. The bodywork has been completely repainted in matte green with stenciled logos and lettering in the style of the time.

The 3.6-liter Pentastar V6 has been left untouched, save for a variable exhaust system, and can be had with either a six-speed manual or automatic transmission.

Geiger will only build 10 examples as a fitting send-off to the current JK model – each of them priced at 68,900 euros (including Germany's 19-percent VAT), which works out to more than $80k at current exchange rates. For that kind of money, you could get yourself a Grand Cherokee Trackhawk with the supercharged 6.2-liter Hellcat V8. But then, we gather, that's not the point.