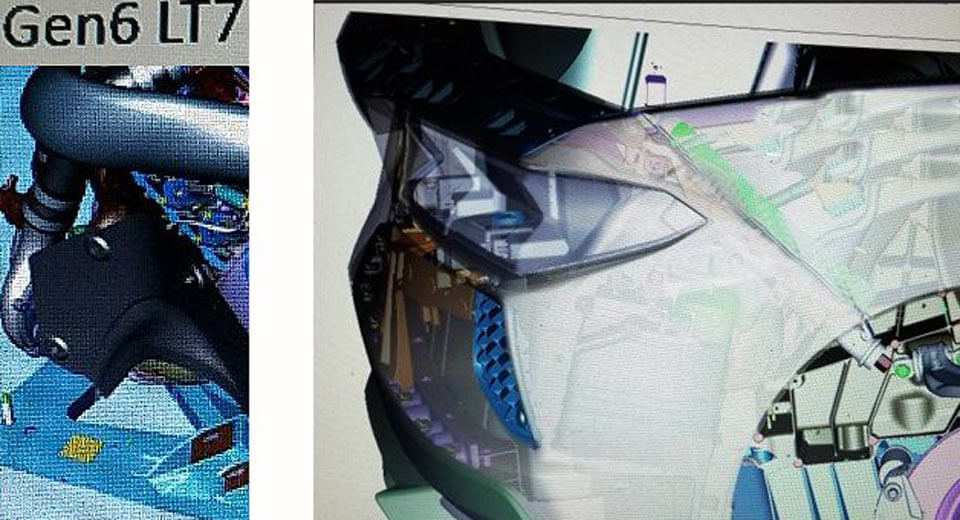 General Motors has inadvertently confirmed that recently-leaked CAD designs of the C8 Corvette are indeed genuine.

Last week, the revealing images, detailing components including the vehicle’s engine and suspension systems, emerged online through the Corvette Forum. At the time, it was impossible to confirm whether or not the designs were directly from GM.

However, the American automaker recently reached out to Jalopnik asking them to remove an article posted with the designs. Additionally, General Motors was able to have these designs removed from a Jalopnik Facebook post after sending a Digital Millennium Copyright Act request through to the social media network.

Perhaps unknowingly, GM has admitted that the brand is the owner of the CAD designs.

Try as General Motors might, the mid-engine Corvette is perhaps the worst kept secret in the auto industry. Spy shots of the car have been circulating for the better part of three years and throughout 2017, images have shown the Corvette’s development progressing at a steady rate.

Sources claim that Chevrolet will offer the C8 Corvette with three different powertrains, including the LT2, LT6, and LT7, one of which will be a hybrid. Production of the supercar is expected to commence in January 2019.