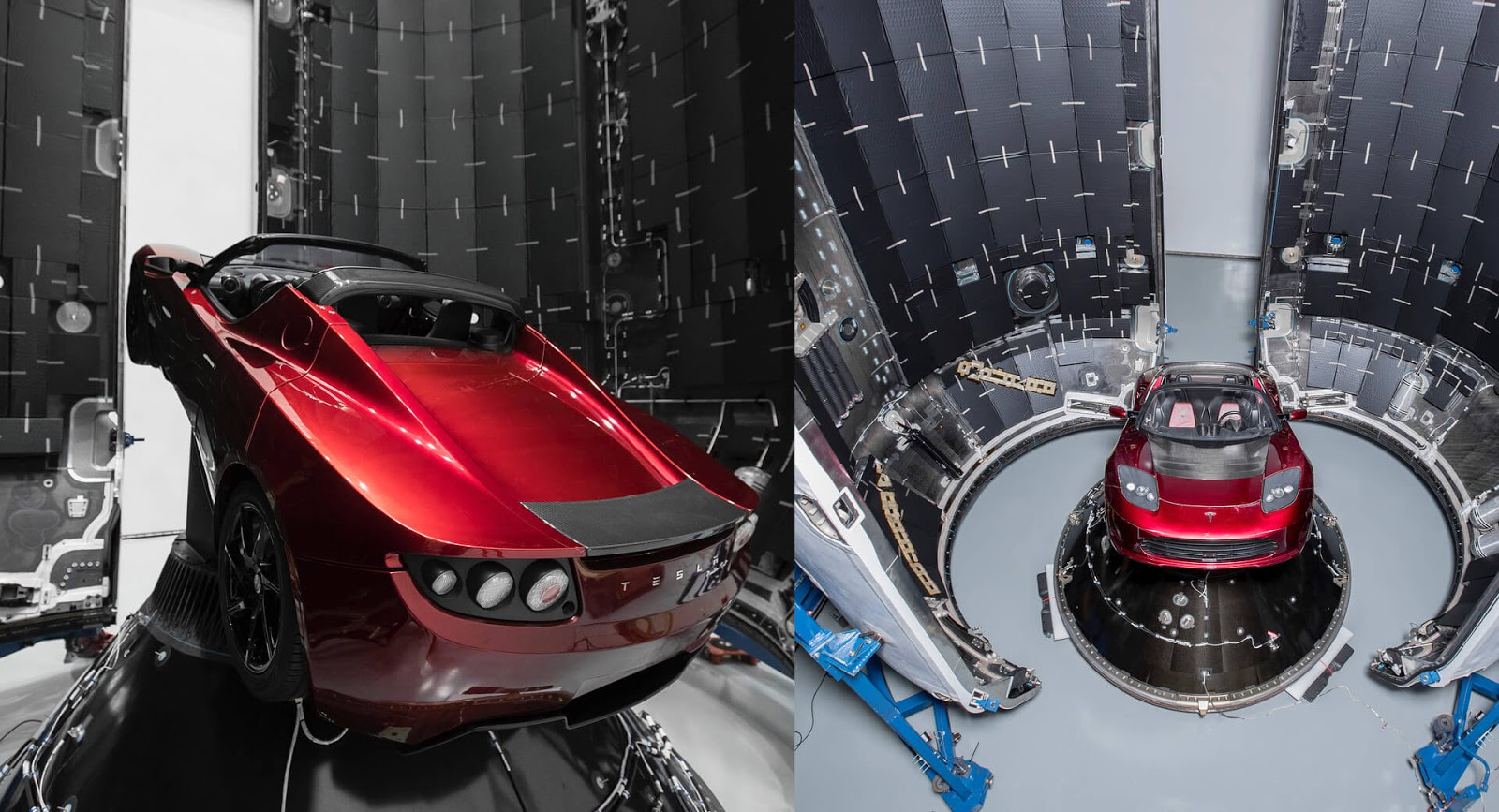 Tesla and SpaceX CEO Elon Musk is a bit eccentric and has been known to exaggerate in the past.

That's why there was a lot of skepticism earlier this month when Musk tweeted the SpaceX Falcon Heavy rocket would be launched in January with his own Tesla Roadster acting as the payload. At the time, Musk said the car was heading for Mars orbit and would remain in "deep space for a billion years or so if it doesn’t blow up on ascent."

A number of people assumed he was simply joking but that's changing today as Musk has taken to Instagram to post photos of his Roadster being loaded into the rocket's payload compartment. In the post, Musk said "Test flights of new rockets usually contain mass simulators in the form of concrete or steel blocks." He added this is boring and "anything boring is terrible, especially companies." The outspoken executive then reiterated his plans to send the Roadster into space.

While it's certainly an usual move, his Roadster probably won't be missed as Tesla is working on an all-new model that promises "record-setting acceleration, range and performance." If everything goes according to plan, the car will accelerate from 0-60 mph in 1.9 seconds, hit a top speed in excess of 250 mph (402 km/h), and have a range of 620 miles (997 km).

A Red Car for the Red Planet Test flights of new rockets usually contain mass simulators in the form of concrete or steel blocks. That seemed extremely boring. Of course, anything boring is terrible, especially companies, so we decided to send something unusual, something that made us feel. The payload will be an original Tesla Roadster, playing Space Oddity, on a billion year elliptic Mars orbit.