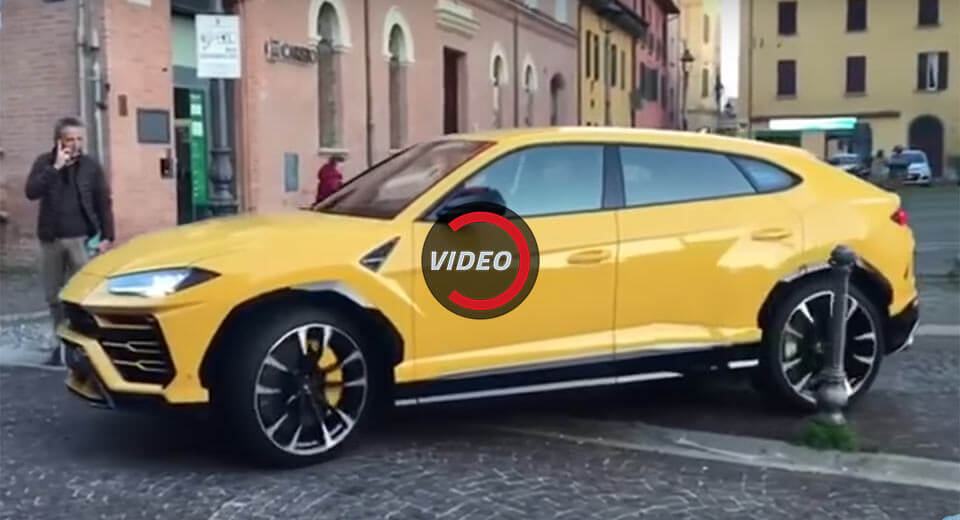 Unlike its rivals, Lamborghini has, until now, shunned turbocharging and remained faithful to naturally aspirated engines. That's something that changed with the recently unveiled Urus SUV, which is powered by a 4.0-liter twin-turbo V8 from the Volkswagen Group.

Of course, this is no surprise, as the engine is small enough to fit in the front of the SUV and delivers the horsepower and torque figures required by such a vehicle. Unfortunately, the twin-turbo V8 does have one major flaw: its sound.

A YouTuber recently stumbled upon a yellow Urus and was able to film it up close. To say it sounds unexciting would be an understatement.

When it is reversing out of a flatbed and trundling down the cobblestone street, the car is barely audible. In fact, the only time you can actually hear the Urus is when it starts up (in the 2nd video), where it does emit a rather satisfying burble for an Audi, but certainly not for something with a Lamborghini badge. The times, they are indeed a-changin'.