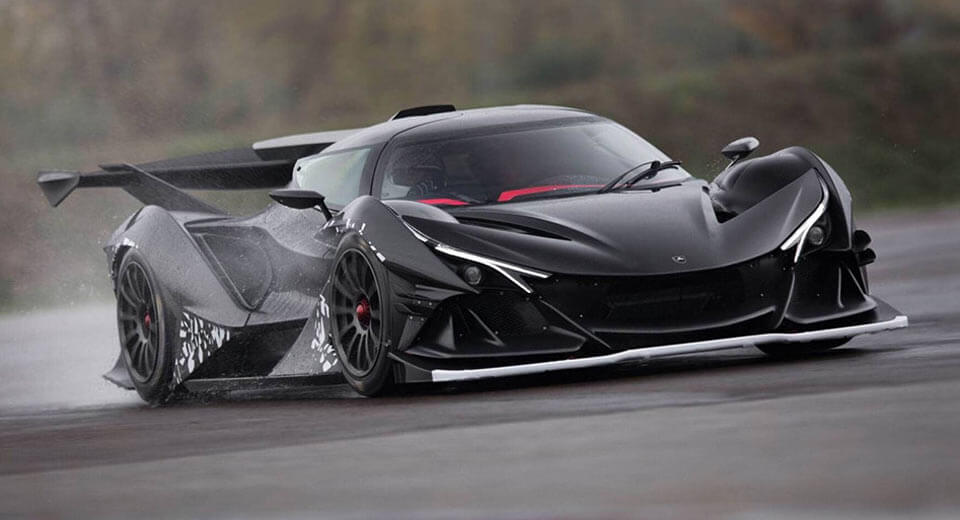 Ever since premiering its supercar in late October, Apollo has been putting the IE through its paces, recently conducting tests at Italy’s Cremona Circuit. To say it looks purposeful would be an understatement.

Powering the IE is a 6.3-liter naturally-aspirated V12 engine reportedly sourced from the Ferrari F12. This powertrain delivers 769 hp and 561 lb-ft of torque and is mated to a titanium exhaust that creates a truly mesmerizing sound. Apollo claims the IE will reach 62 mph (100 km/h) in just 2.7 seconds and top out at 208 mph (335 km/h).

With a design that makes most other supercars seem bland in comparison, the Apollo IE has already created many fans and will continue to do so in its lead up to production. Here’s hoping the project becomes a reality and doesn’t fall through like so many others before it.