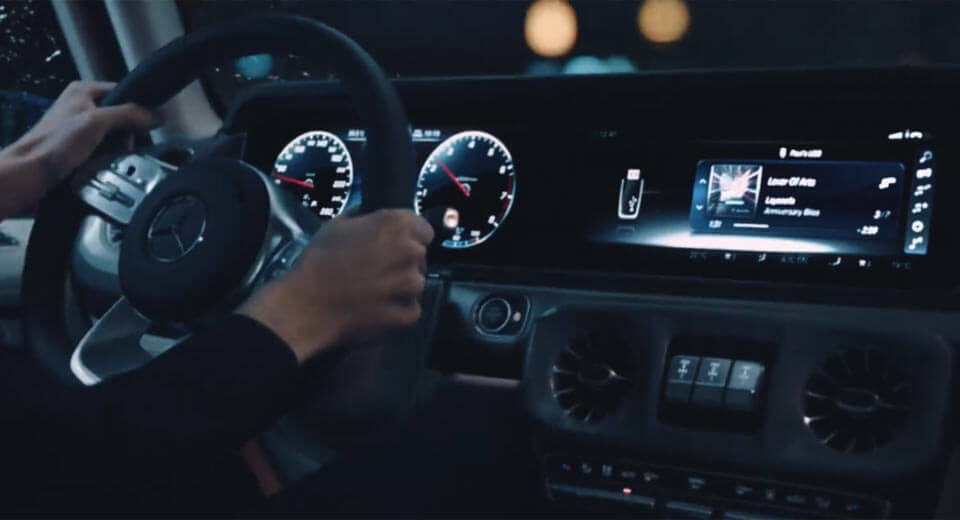 Just a few days after Mercedes-Benz unveiled the interior of the new G-Class, the German manufacturer has dropped a teaser video in the lead-up to the off-roaders global premiere in January.

The brief video shows the G-Class cruising through the streets of an unnamed city and offers us an excellent look at the interior at night. As recent images confirmed, the cabin is dominated by two 12.3-inch screens that serve as the gauge cluster and infotainment systems.

Beyond the big screen, customers of the new G-Class will be pleased to see much more refined materials, including optional Lugano and Nappa leather, redesigned circular air vents, a seven-speaker audio system as standard, and an analog clock directly below the air conditioning and heating controls.

The increased size of the new G-Class will make it even more appealing to customers. In fact, rear-seat legroom has increased by a huge 5.9-inches (15 cm). Additionally, shoulder and elbow room has been increased for all occupants.

As mentioned, the 2019 G-Class will premiere next month at the Detroit Auto Show.