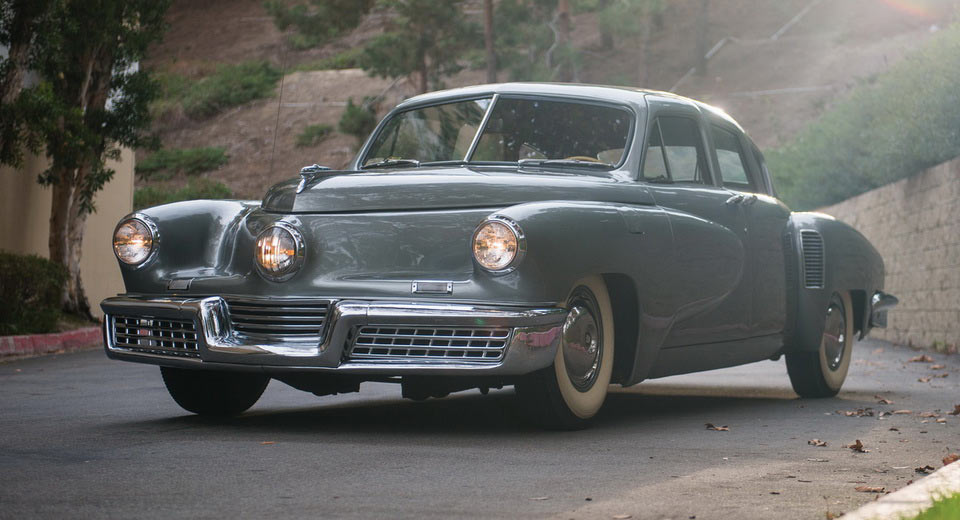 This isn’t another 48, if you can call a Tucker 48 that; this is Preston Tucker’s personal car, chassis number 1029.

After undertaking high-speed tests at the Indianapolis Motor Speedway, Tucker and his family drove it for seven years. In 1955, Preston Tucker sold it to Winthrop Rockefeller.

The car changed a few hands before being sold to Jack Bart in 1967. Bart, a well-known automotive enthusiast, had the car refinished in its original color and supplied it to the production of the 1988 film “Tucker: The Man and His Dream”, starring Jeff Bridges.

The specific Tucker 48 has covered 19,199 miles is described to be in a solid and original condition, and is accompanied by a history file created by noted Tucker historian, Jay Follis.

As with the majority of the 51 Tuckers, this one is powered by a Franklin O-335 flat six engine. Measuring 5.5-liters in capacity, the engine produces 166hp. “The Car of Tomorrow”, as it was once called, managed to create a massive hype prior to its launch but politics along with development issues meant that Preston Tucker’s dream would remain grounded, just like DeLorean's.

The car is set to cross the auction block at RM Sotheby’s Arizona event on January 18.