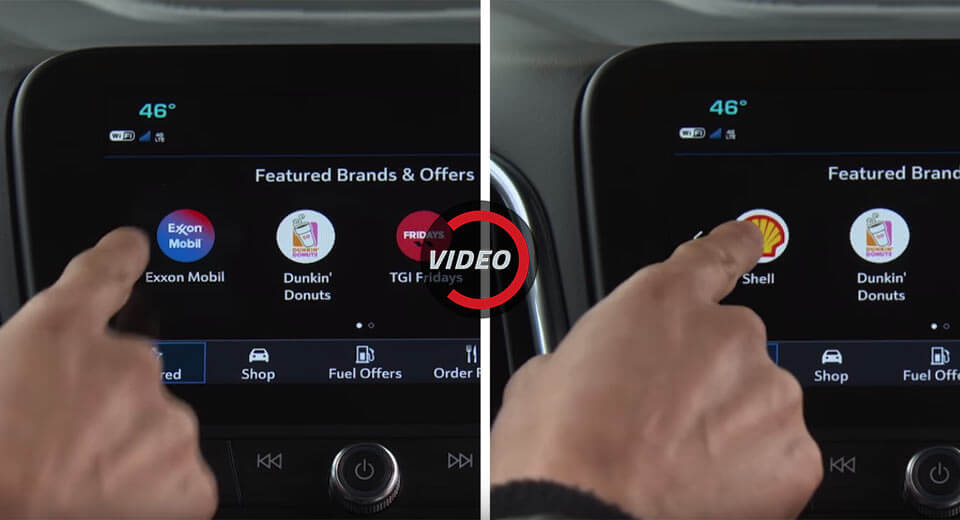 The introduction of GM’s Marketplace app marks an important development in the carmaker’s long-term plan to offer over-the-air updates to all of its new vehicles.

Last week, roughly 1.9 million 2017 and 2018 vehicles in the United States received the Marketplace app through an over-the-air download, the first time GM has introduced an infotainment system in such a way.

Although Tesla owners have become accustomed to receiving infotainment, software, and mechanical updates with wireless updates, most other carmakers have yet to incorporate the technology in such a significant way. For GM, the Marketplace app is an important step in that direction, Automotive News reports.

The app has been billed as the “industry’s first commerce platform for on-demand reservations and purchases” and allows drivers to order items from shops including Dunkin Donuts and Starbucks or to reserve a table at restaurants including TGI Fridays.

Not everyone is happy about the app, however. According to National Safety Council president Deborah Hersman, “there’s nothing about this that’s safe.”

Responding to this claim, GM spokesman Vijay Iyer said the app had been developed to comply with voluntary driver-distraction guidelines and “is designed to minimize manual interactions, helping drivers keep their eyes on the road and hands on the wheel.”