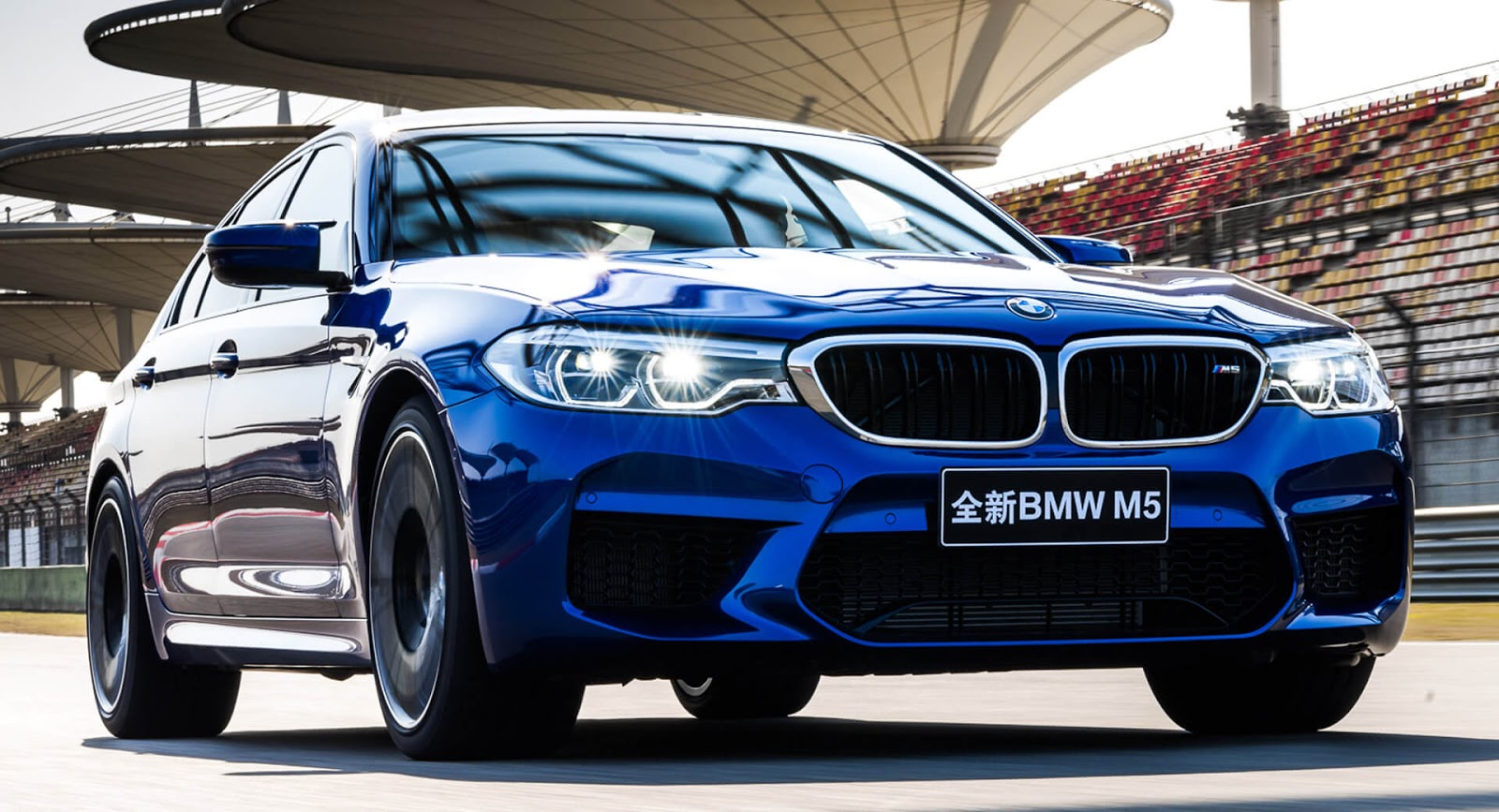 We've yet to see what the new BMW M5 can do at the Nurburgring, but the performance sedan has claimed the lap record at another circuit.

BMW factory driver Bruno Spengler (who won the DTM title back in 2012) took the F90-generation M5 to the Shanghai International Circuit in China, where it clocked a hot lap of 2:22.828.

That was enough, according to the manufacturer, to take the lap record for four-door production sedans at the circuit, apparently beating the previous record by five seconds.

The overall record still stands at 1:31.68, set by Lewis Hamilton this year in the Mercedes AMG F1 W08 EQ Power+ on his way to winning the Chinese Grand Prix this year. (Rival Sebastian Vettel and teammate Valtteri Bottas were close behind at 1:31.86, according to FastestLaps.com.)

Lest you think the new M5's trick xDrive traction system would make it eligible for the fastest all-wheel-drive lap, think again: that honor belongs to the Toyota TS050 prototype, which was clocked at 1:42.53.

There have also been faster “sedans” on the track, mind you – like the Citroën C-Elysée WTCC (1:48.78) and Holden Commodore V8 Supercar (1:51.06) – but those are silhouette racers, not road-going production models.

Still, that time is not bad at all for the road-going M5, especially considering that it's less than 20 seconds off the best time posted by an LMGTE racer – namely the 2:03.76 set by AF Corse's Davide Rigon in the Ferrari 458 – but we're comparing apples to oranges here. Now if we could see what it'll do around the Nordschleife....