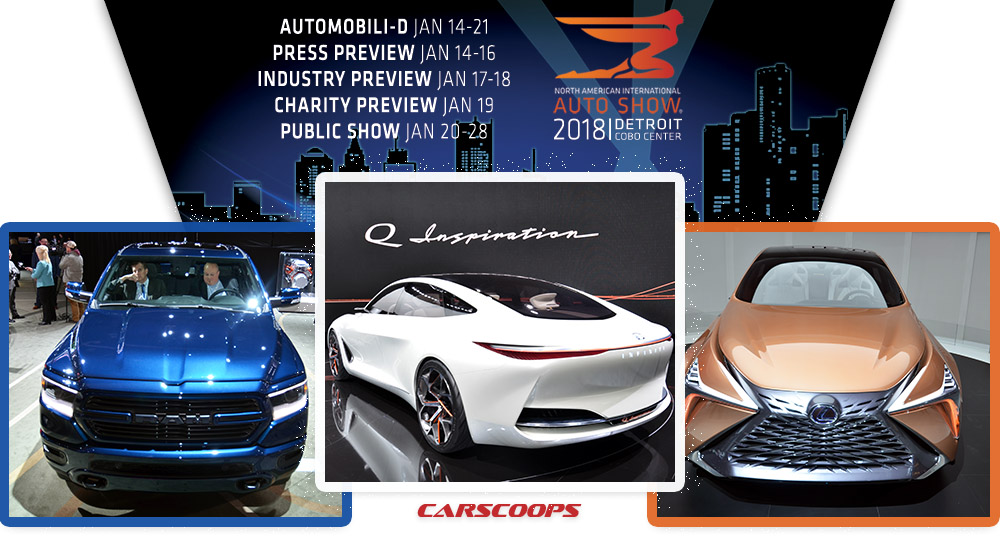 This year, we’ll see a parade of notable concept and production car debuts ranging from the renewed VW Jetta and Toyota Avalon sedans to the BMW i8 Roadster and the Infiniti Q Sedan. Naturally, it wouldn’t be 2018 without trucks and SUVs, with debutants including the first new generation of the iconic Mercedes-Benz G-Class in three decades, the next Chevrolet Silverado and the Acura RDX prototype.

We’ve compiled a list of all the 2018 NAIAS premieres in alphabetical order below, which we’ll keep updating on a daily basis as news becomes available.