Infiniti Q Inspiration Wants To Ignite Our Lust For Sedans - Does It Succeed? 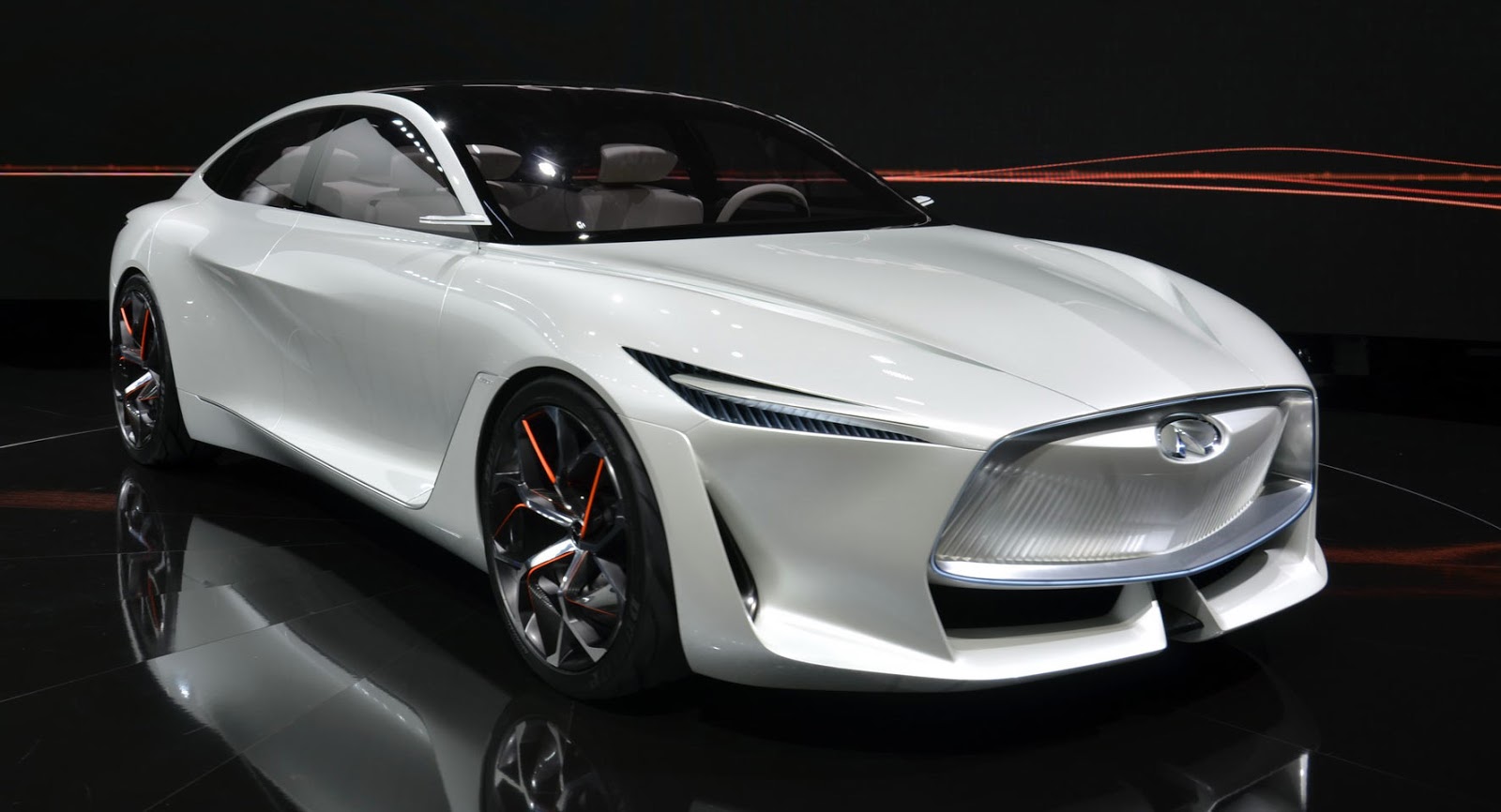 Infiniti has unveiled the Q Inspiration Concept at NAIAS 2018, a car that reflects the automaker's new design language while also hinting at the form that a premium mid-size sports sedan could take in the near future.

On the outside, the concept boasts classic sedan forms, though with coupe-like proportions and an elongated silhouette. On the front, it has a large double-arch grille, sharp louvres along the sides of the hood, and blade-like vents flanking the wheel arches.

Other notable exterior features would be the sharp LED strip headlamps, pillar-less rear-hinged doors and the single rear light strip.

"The premium sedan segment has become rather conservative. The INFINITI Q Inspiration previews something that could appeal to a younger audience, who seek modern design and new technologies to inspire and empower them," said Christian Meunier, the brand's Vice President.

Inside, it's all very concise and minimalist, with a human-centric cabin that's said to reduce the "noise" of the interior, helping the driver focus entirely on the road ahead. Each passenger gets a touch screen (HMI - Human Machine Interface), as the system can also monitor the occupants' biometrics.

"The Q Inspiration interior is reduced to a minimalist expression of wellbeing and comfort, and strives to create a warm and uncompromisingly modern atmosphere, like one so often finds in Tokyo residential architecture. The purpose being to enable users in a new era of connectivity, while simultaneously enriching the driving experience with materials of the best quality, crafted by the hands of the artist," stated Infiniti design exec, Karim Habib.

Speaking of high-quality materials, the Q Inspiration cabin's inside door pockets are lined with a 'Nishijin-ori' material, which includes golden washi paper shreds woven with silk threads. Aside from the luxury factor, this material also acts as a high tech sensor, allowing passengers to switch on and adjust the pocket lighting.

Underneath the hood, the Q Inspiration's VC-Turbo powertrain continually adjusts its compression ratio in order to optimize fuel efficiency. According to the Japanese automaker, this engine will offer a new approach to power delivery in the mid-size sedan segment, challenging the notion that only hybrid or diesel engines can deliver a high torque figure or good fuel economy.

As for safety, the Q Inspiration previews the next stage of development for Infiniti's ProPILOT autonomous drive system, which still aims at ultimately allowing drivers to retain control over their vehicle, acting as a co-pilot of sorts. However, when the driver is ready to kick back and relax, the system will provide end-to-end autonomous capability, with multi-lane highway driving and intersection auto-navigation functionalities.