Buy This Saleen Mustang, Film Your Own Need For Speed Movie 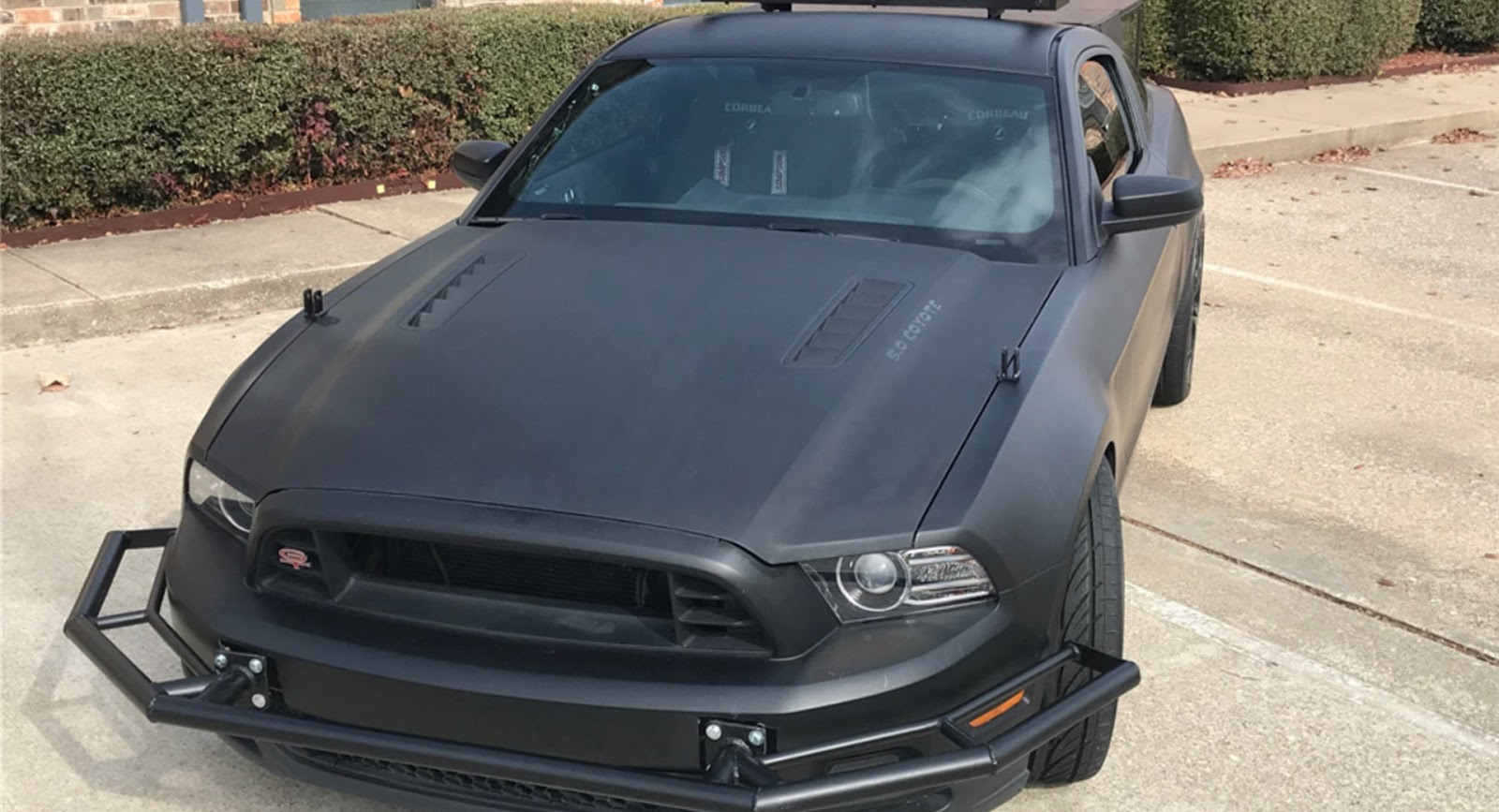 See this here Mustang? Doesn't look stock, does it? That's because it isn't.

What you're looking at is one of the camera cars that was made for the filming of the Need for Speed movie that starred Aaron Paul and Dominic Cooper in 2014.

The custom pony car was fabricated by Saleen (whose S7 supercar featured in the film). It's based on a 2013 Ford Mustang GT with the 5.0-liter Coyote V8 and a six-speed manual, but upgraded with a special glass box at the back to house the cameramen, bars at both ends for mounting gyroscopic cameras, fourteen-inch brake rotors, a full roll cage, and Corbeau racing buckets with harnesses.

As you can see from the video below, the car was also fitted with a Saleen supercharger kit to thump out a good 625 horsepower so it could keep up with the supercars it was filming. And it was all wrapped in matte black to reduce unwanted glare and reflections.

With 7,780 miles on the odometer, the custom 'Stang is going up for auction this Sunday, January 21, at Barrett-Jackson in Scottsdale, and could be just the ticket if you're keen on filming your own chase scenes.