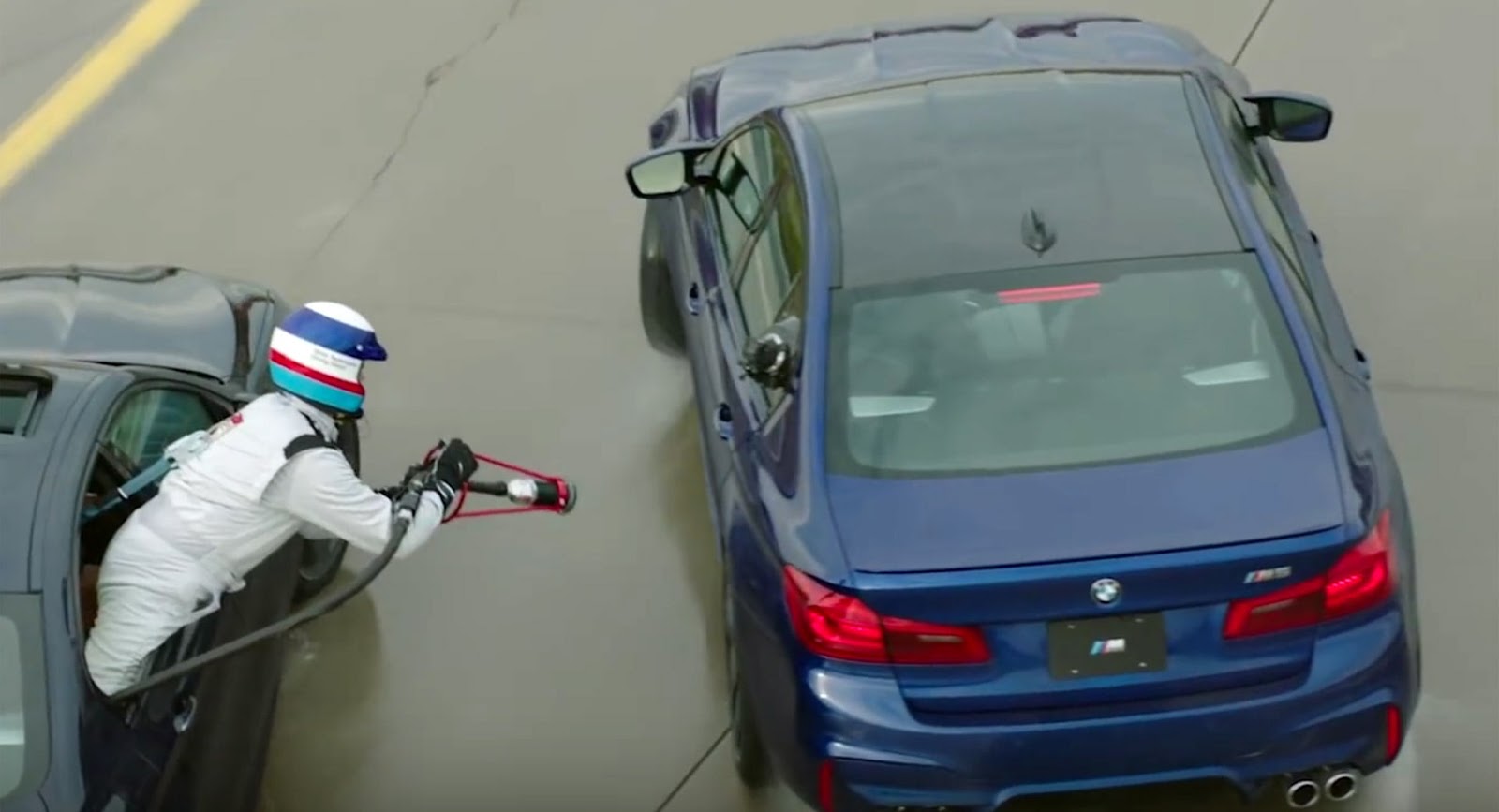 With 600 horsepower and a trick all-wheel drive system, the new 2018 BMW M5 is surely capable of a lot. But a mid-drift refueling?

From what this video has to show us, yes – that's exactly what the Bavarian automaker has pulled off with its new performance sedan.

Though the details have yet to be released, it appears that the M5 just set some sort of record – Guinness-certified, no less – for the world's longest sustained drift, covering the greatest distance possible in one continuous, 8-hour power slide.

In fact the M5 appears to have drifted for so long that it needed to be gassed up in the middle. So they did it military-style, lining up with another M5 and transferring fuel from one car to the other.

That's about all we know at the moment, but BMW promises to give us more on the stunt tomorrow. In the meantime, you can get a taste for what they pulled off in the pair of videos below. Just please promise us that you won't try to do the same yourself.