Jay Leno Goes Back In Time With Plymouth Superbird 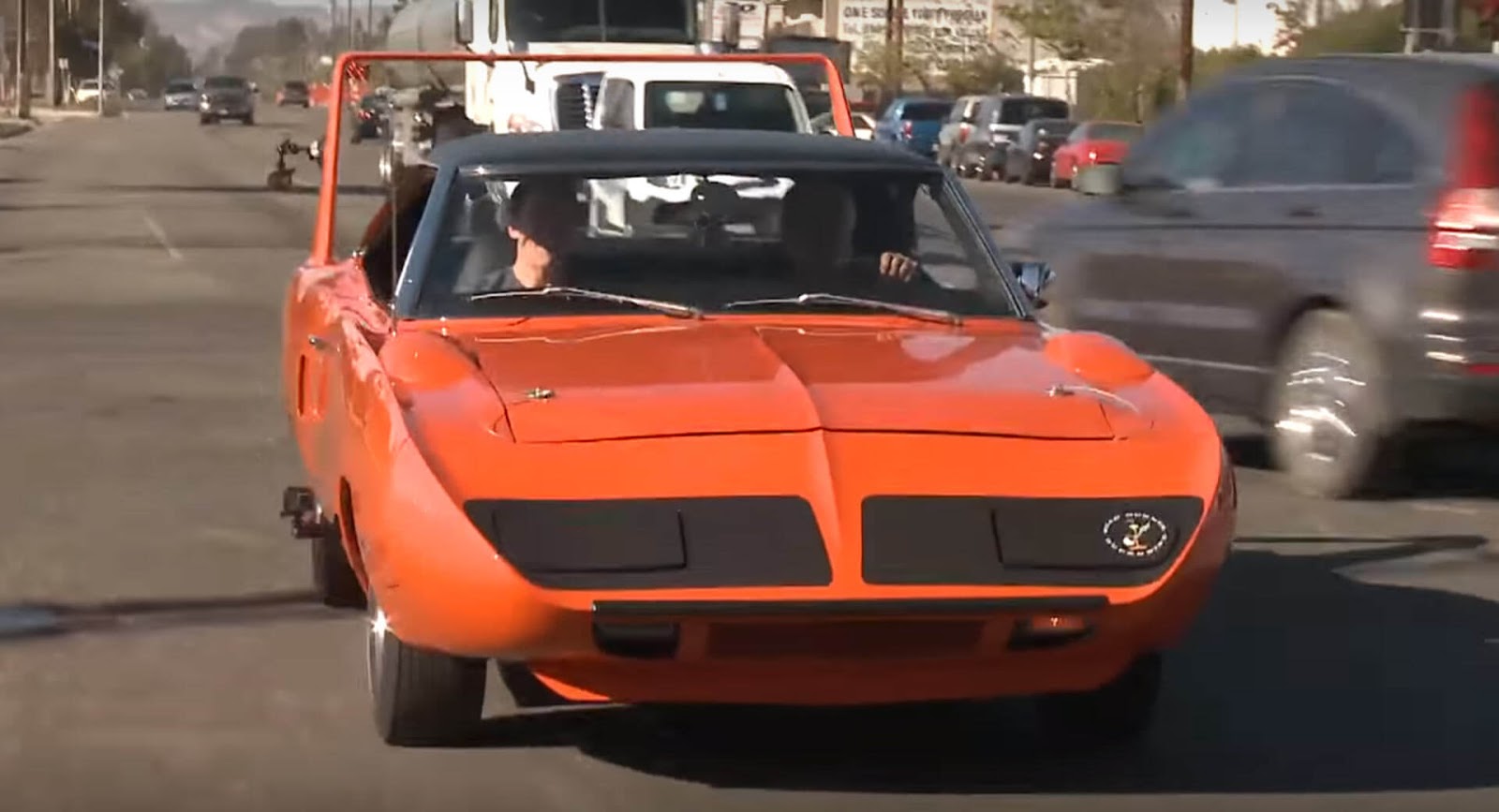 When you think of American cars, you may immediately think of the Ford Mustang, Chevrolet Camaro, and Chevrolet Corvette. However, there is another performance car just as recognizable as these three. We are of course talking about the Plymouth Superbird.

The car is a beefed-up variant of the Plymouth Road Runner and despite only being produced for a single year, has cemented its place in automotive folklore and easily fetches well over six figures nowadays.

In a fitting way to begin 2018, Jay Leno recently jumped behind the wheel of a bright orange Superbird to discover first-hand what makes this performance car so special.

Sitting beneath the skin of the Superbird is a 7.0-liter Hemi V8 engine with four carburetors and delivering 425 hp to the rear wheels. For a car built in 1970, that’s a formidable amount of power.

However, it isn’t the horsepower number that makes the Superbird so special. Instead, it is the eye-catching bodywork. Characterized by a huge hood, elongated front overhang, and that iconic rear wing, the car remains as desirable as ever.