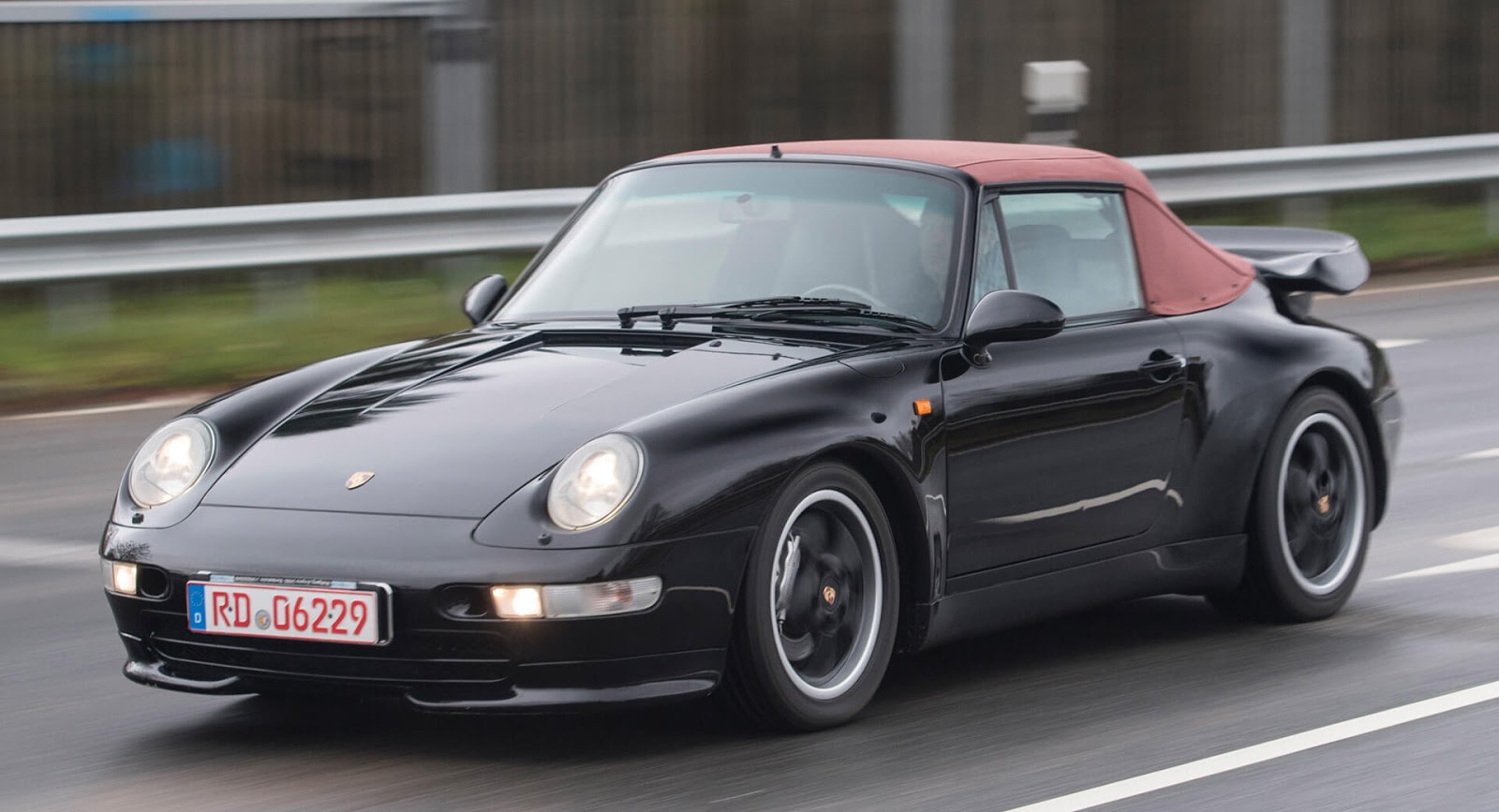 Want a 911 Turbo? No problem, just walk into any Porsche dealership and place your order. You'll just need to decide between coupe and convertible (among all the other options). But that wasn't always the case.

In fact the 993 model made in the mid-to-late 1990s wasn't offered as a Turbo Cabriolet. At least, that is, not on the open market. But one dealer convinced Porsche Exclusive to make him a special run of just 14 examples, and one of those is coming up for auction.

Developed before the 993 Turbo coupe appeared, the Turbo Cabriolet blended the chassis of the 993 Cabriolet with the engine from the older 964 Turbo: a 3.6-liter boxer six with a single turbocharger – making this the last air-cooled turbo cab. It also received a wider rear end and the spoiler from the 964 Turbo S, but the more stable multilink rear suspension from the 993.

The finished product cost 240,300 Deutsche Marks, or roughly 60 percent more than the cost of a standard 993 cabrio – but then that's less than the proportional difference you'd pay today for a new 911 Turbo Cabriolet ($174k) over an ordinary Carrera Cabriolet ($103k).

The asking price wasn't enough, at any rate, to deter Willi Weber. Michael Schumacher's longtime manager is believed to have been this example's original owner, ordering it in black over black with a burgundy soft-top and a clutchless gearbox from Ruf. Whoever the original owner, he didn't keep it for long: the current owner has had it since 1997 – just two years after it was made – and has reportedly spared no expense in keeping it up.

No wonder, with just 20,000 miles on the odometer, that RM Sotheby's (whose photographer Dirk de Jager captured these images) projects it will sell for between €625,000 and €725,000, or roughly $750-870k at current exchange rates, when the gavel drops in Paris next month.