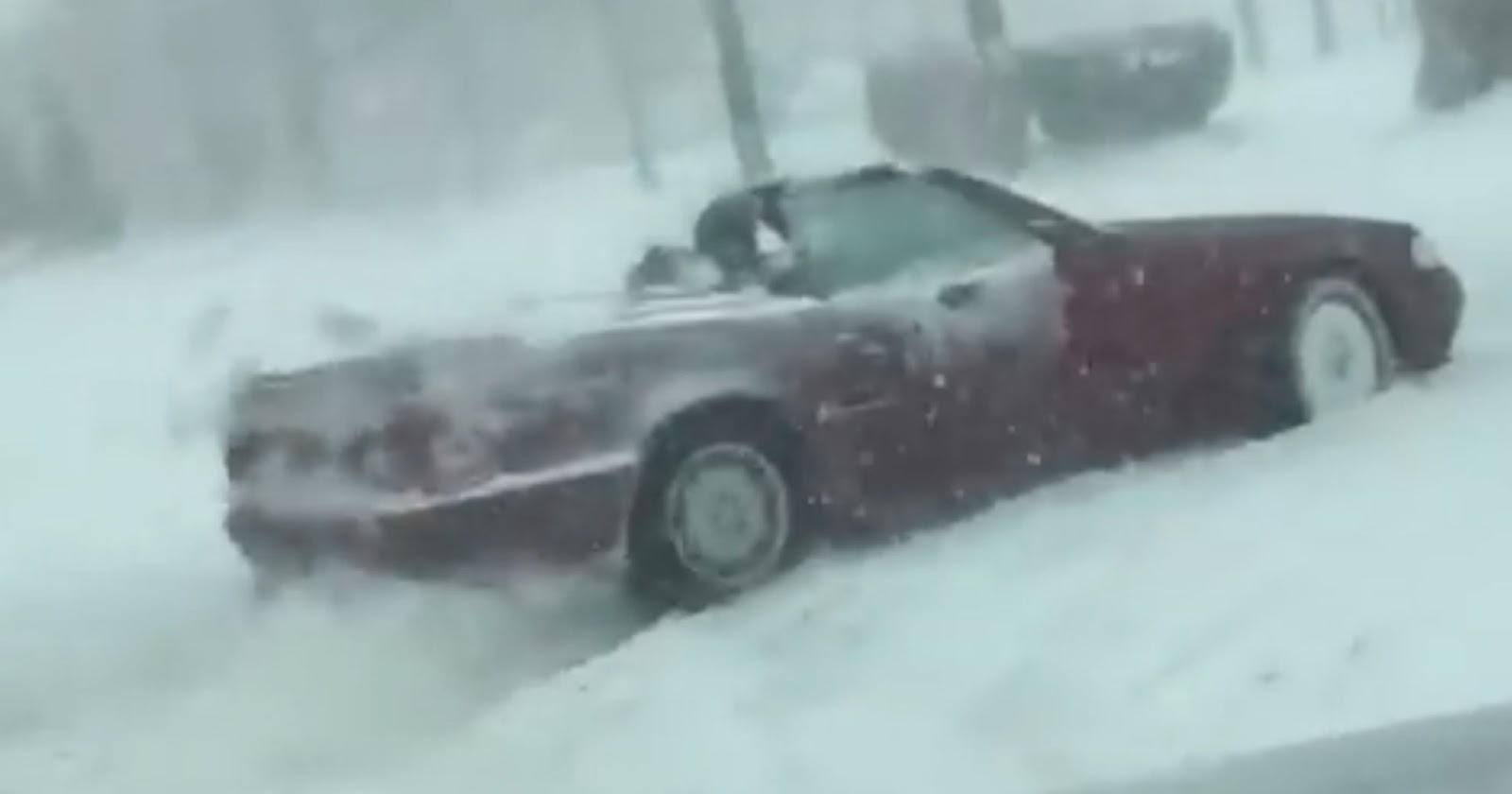 The eastern coast of the United States is being hit by a "Bomb Cyclone" and it was brought extreme winter weather to a number of states in the region.

Cranston, Rhode Island is one of the areas that has been hit particularly hard so it's surprising that one viewer of the local NBC affiliate filmed a Mercedes SL (R129) with its top down during the middle of the storm. The rear-wheel drive roadster obviously struggles on the snowy roads and we can see what appears to be smoke or steam billowing from underneath the hood a few seconds into the clip.

A number of commenters have been extremely critical of the driver's decision to use the car in these conditions but a handful of other people have chimed in to claim they know the car's owner. Several of these people said the SL's roof is broken and this is the owner's only vehicle.

While driving the SL probably isn't the greatest or warmest decision, it appears the owner felt they had little choice but to use the car to go wherever they were heading.

Dashing through the snow!

Dashing through the snow in Cranston!