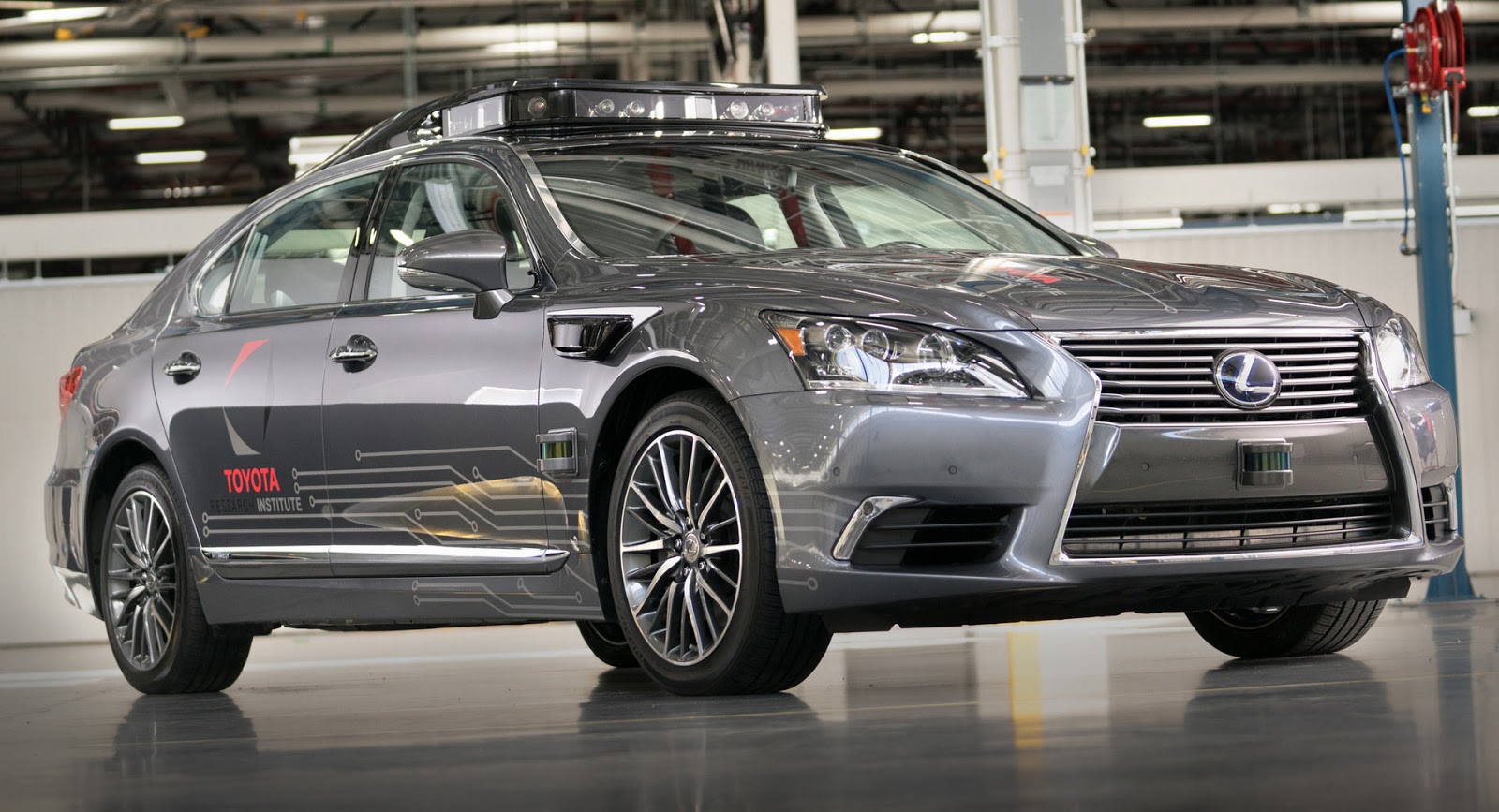 Based upon a previous-gen Lexus LS 600hL, the autonomous research vehicle Platform 3.0 features a long-range LIDAR with a 200-meter (656ft) perception, courtesy of four high-resolution scanning heads, covering the car’s complete perimeter and making it one of the most perceptive autonomous test cars on the road.

“Our team has once again rapidly advanced our automated vehicle research capabilities,” said Dr. Gill Pratt, TRI CEO and Toyota Motor Corporation Fellow. “To elevate our test platform to a new level, we tapped Toyota’s design and engineering expertise to create an all-new test platform that has the potential to be a benchmark in function and style.”

In addition, shorter-range LIDAR sensors are mounted low on all four sides of the prototype, detecting low-level and smaller objects near the car like children and debris. Toyota’s R&D engineers worked with CALTY Design Research to make the sensors and cameras as compact and concealed as possible at this stage.

Together, they created a new roof panel that’s both weather- and temperature-proofed. It’s also cleverly packaged, using the available space in the sunroof compartment to make it shorter.

“Automotive designers’ roles have been pivoting toward thinking deeper and greater on how to design and apply automated driving technology for drivers and passengers,” said Scott Roller, Senior Lead Designer at CALTY Design Research who worked on the project. “It’s exciting to integrate the components in harmony with the car’s design.”

Toyota will start producing Platform 3.0 test vehicles this spring at their Prototype Development Center at their North America HQ in Michigan.