Why So Serious? 2019 Jeep Cherokee Gets A Sober New Face And Turbo Option 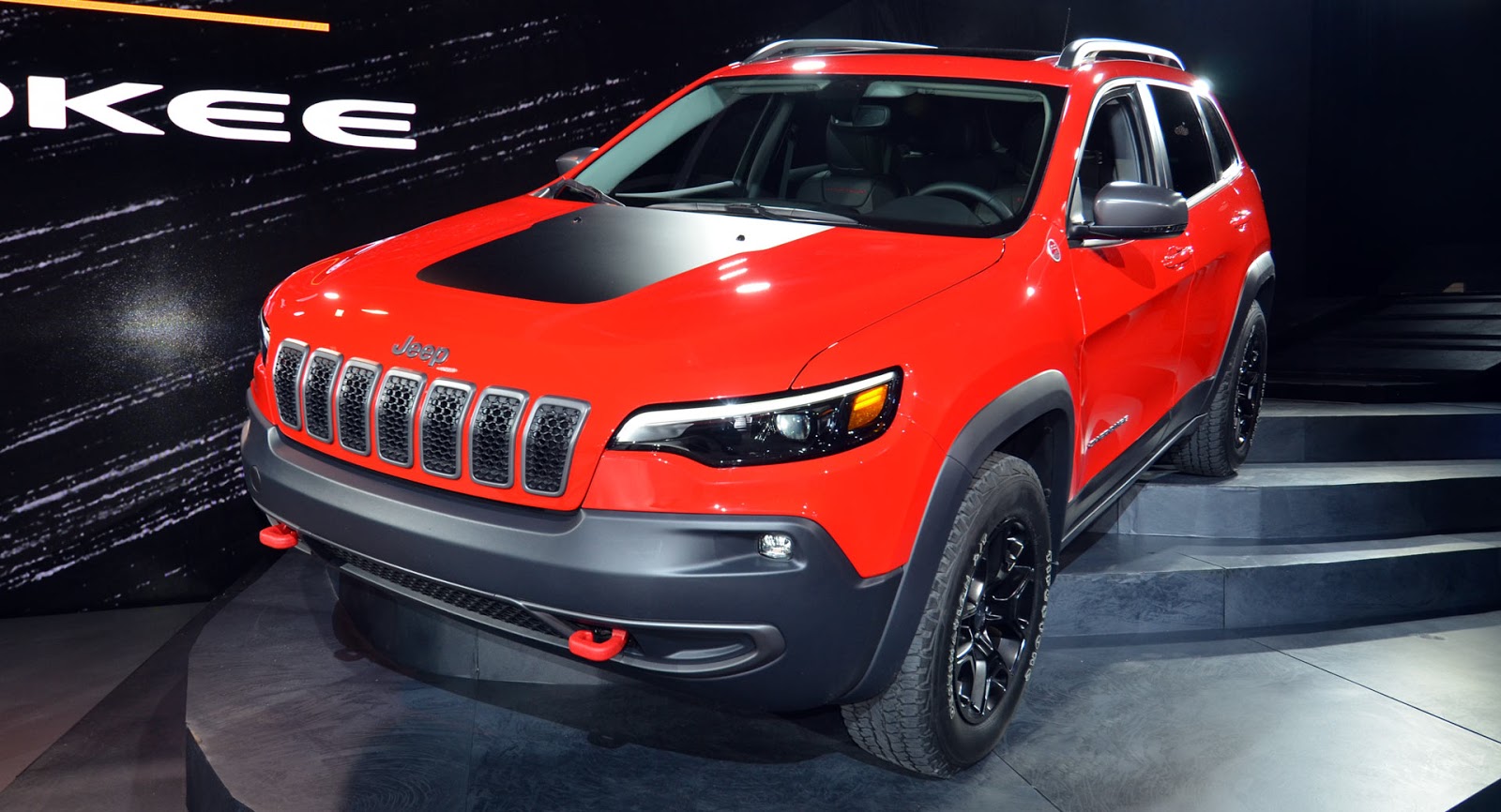 Jeep's facelifted Cherokee arrived at NAIAS boasting several improvements over its predecessor, both technical as well as visual.

Starting off with what we can see, easily noticeable is the updated model's less quirky front fascia. The old car had those controversial dual headlights, whereas now, the design is more conventional and easier on the eye - albeit less special.

In fact, we'll just say that if you like the Jeep Compass' front end, the 2019 Cherokee will likely remind you of the former's styling, although the Cherokee's Bi-LED headlights are a little thinner and more stretched out.

At the other end, the taillights include a signature red 'Feature Light', while the redesigned liftgate comes with an integrated light bar. The liftgate also has a hands-free feature, where you can open it by making a kicking motion underneath the bumper.

Inside, the 2019 Cherokee's Uconnect system is now in its fourth-generation and it includes Apple CarPlay and Android Auto, plus a choice of 7" or 8.4" touchscreen displays with pinch-and-zoom capability. According to Jeep, the Cherokee also has over 80 available advanced safety features.