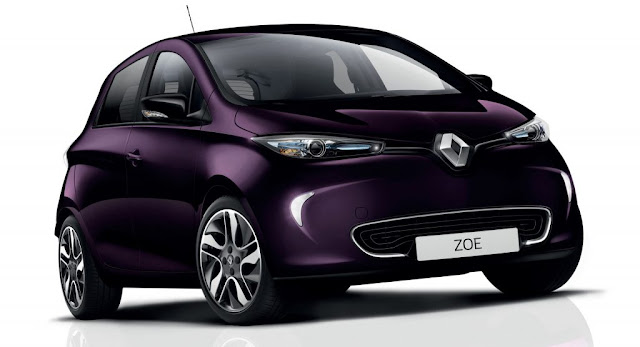 Renault has modestly updated the Zoe for the 2018MY, which now uses a more powerful electric motor.

“Thanks to this power boost, Zoe is even more responsive and versatile when used for journeys out of town”, said the company’s Assistant Programme Director, Elisabeth Delval. “In addition to being able to enjoy the pleasure of driving a Zoe, drivers will also benefit from the longest range available for a mass-market electric car.”

In addition to making the zero-emission subcompact hatchback a tad more powerful, the automaker has also launched a new color especially for it. Called Blueberry Purple, it joins the new Blueberry Purple Pack on the high-end Intens grade, which adds a special violet finish for the dashboard, air vents, gear lever base, and speaker surrounds.

Renault will open the order books for the new Zoe R110 in France next month, followed by other European markets shortly after.