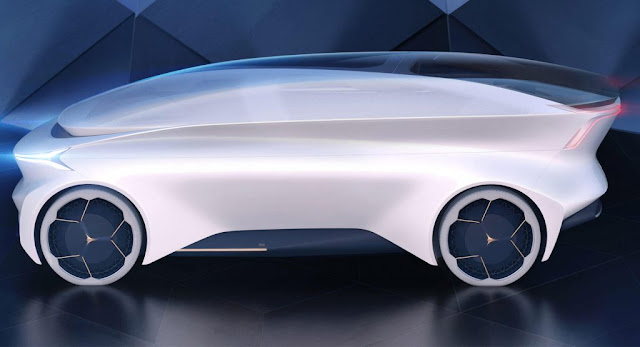 Icona has released a handful of images of its upcoming Nucleus concept.

Described as the “ultimate self-driving living room,” the Geneva-bound Nucleus is a fully autonomous concept which builds on the ideas that were presented by the Neo back in 2015.

Icona says the concept has a “mono-volume exterior” which is asymmetrical as the model only has one door. The car also eschews traditional side windows for semi-transparent body-color panels which allow passengers to see out while preventing outsiders from looking in. The semi-transparent theme continues with the roof as it features a unique design which blends transparent and semi-transparent glass panels.

The concept measures 5.25 meters (17.2 feet) long, 2.12 meters (6.9 feet) wide and 1.75 meters (5.7 feet) tall. Despite being relatively large, the concept has a drag coefficient of less than 0.25 thanks to an underbody diffuser and “wheel arch aerodynamic blade extensions.”

Since the car is fully autonomous, designers developed a stylish and modern interior that doesn’t have a steering wheel or dashboard. Icona says the Nucleus can “easily accommodate six people” and noted the seats can be moved and even transformed into a couch.

Despite the focus on creating a cozy and comfortable cabin, the concept has also been designed with productivity in mind. If you’re heading to a business meeting, you can use the concept’s table to review your presentation or make some last minute changes to your pitch.

While we shouldn’t expect to see vehicles like the Nucleus in the near future, Icona believes fully-autonomous driving systems will enable vehicles to “more usefully employed” in the future. As the company explained, one car could “take you to the airport, come back to pick up the kids from school then later take the grandparents to a doctor’s appointment.”
Tags : Autonomous, Concepts, Geneva Motor Show, Icona,
Share to: