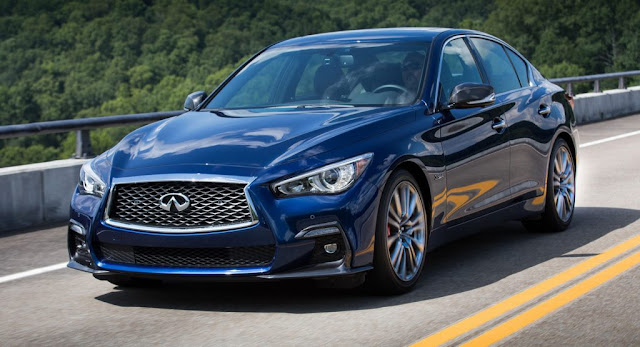 #Infiniti’s future sedan models, and the Q60, will no longer use a rear-wheel drive platform, the company has confirmed.

Speaking with GoAuto at the Australian launch of the QX80, Infiniti product strategy vice-president Francois Bancon said replacements for the Q50, Q60, and Q70 will be based on a new, electrified platform with all-wheel drive as standard.

“All new product we do after 2021 is going to be electrified and it should be in sync with the new package or platform.

The Nissan FM platform used by the Q50, Q60, and Q70 has been around since the 2001 Nissan Skyline and simply cannot be updated to support an electrified powertrain. Bancon added that it makes no sense to have a rear-wheel drive platform when future Infiniti hybrids can have a combustion engine at the front and an electric motor driving the rear wheels.

The first Infiniti sedan to be replaced by an all-new generation will probably be a new Q70. The current vehicle has been on the market since 2010 and but won’t be updated until 2021 at the earliest, Bancon said.
Tags : Hybrids, Infiniti, Infiniti Q50, Infiniti Q60, Infiniti Q70, Reports,
Share to: