2019 BMW Z4 Leaks And It Looks Just Like The Concept 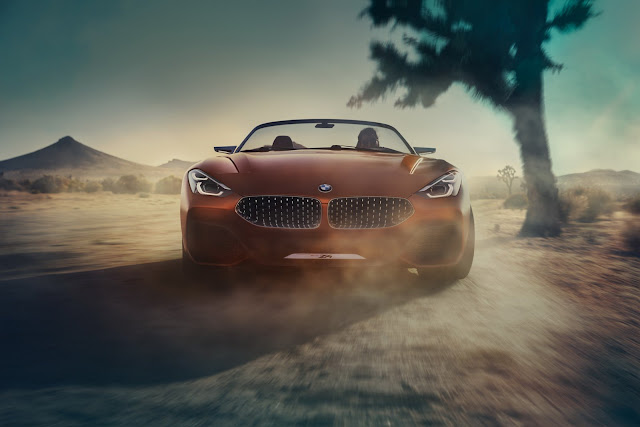 These pictures, discovered by SupraMVK and published on Bimmer Post, show the front and rear fascias of the new Z4, as well as the car’s side profile. To our eyes, it looks absolutely stunning.

Viewed from the front, the similarities with the Z4 Concept are obvious. The car features the same slim and wide kidney grille and angular headlights. Although the lower air intakes on the production model are significantly smaller than those of the concept, they still look good and are complemented by aggressive lines and creases in the bumper.

At the rear, the Z4, pictured here in M40i guise, wears a pair of slim, horizontal taillights similar to those of the new BMW 8-Series. Like the front, there’s also a healthy dose of angular lines and sharp edges. 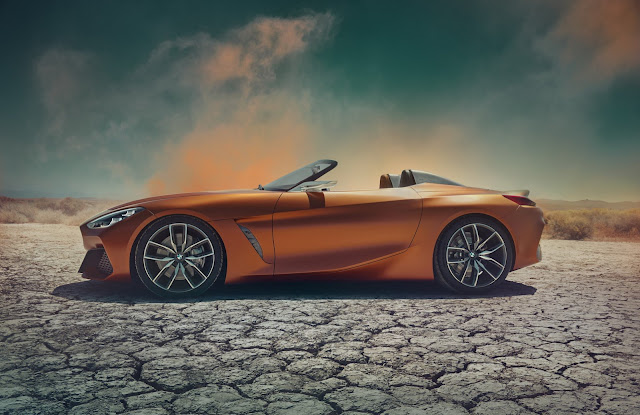 Last but not least we come to the side. This particular model is sitting on a set of gloss black wheels and the rear paint brings out the prominent design lines running along the doors. There’s also a small air outlet directly behind the front wheel arches. These images also confirm that the car will have a folding soft top. 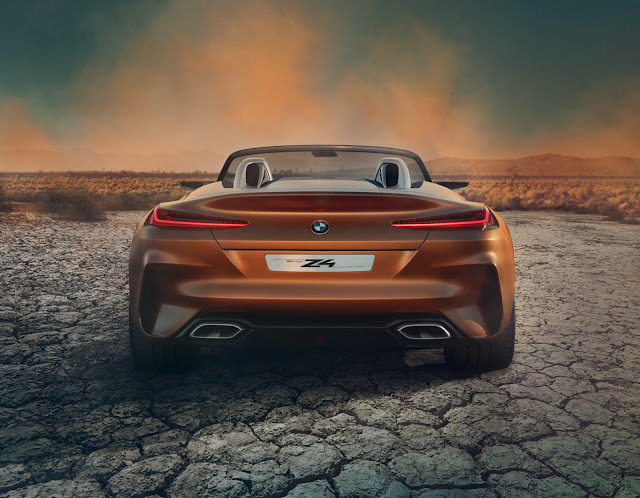 Previous reports have suggested that the Z4 M40i will be outfitted with a twin-turbo 3.0-liter six-cylinder engine producing 380 hp and sit at the top of the Z4 family tree. This variant will also adopt electronically controlled dampers, a bespoke front axle, locking rear differential, and a high-performance braking system.

BMW is remaining coy about the Z4’s release date but all indications point towards it being unveiled at the Pebble Beach Concours d’Elegance later this month.
Tags : BMW, BMW Z4, New Cars, Paris Auto Show, Pebble Beach, Top 4,
Share to: