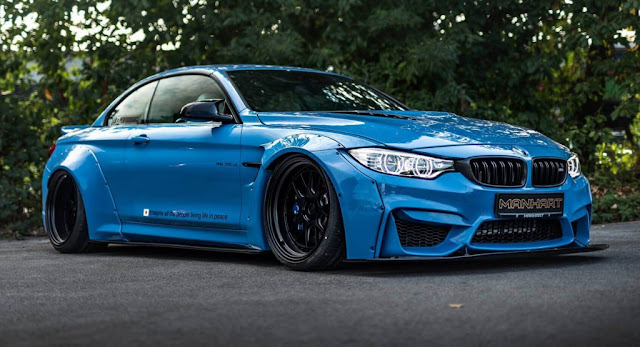 While we were busy reporting from the 2018 Paris Auto Show, Manhart presented their latest project, which managed to fly under the radar until now.

The extra power squeezed from the turbocharged 3.0-liter straight-six engine was managed thanks to the addition of a bigger turbo, a new intercooler and tweaking the software. The stock model sprints to 100 km/h (62 mph) in 4.4 seconds with the seven-speed DCT, and has to make do with 431 PS (425 hp / 317 kW) and 550 Nm (406 lb-ft) of torque, so this tuned example should easily drop below 4 seconds. 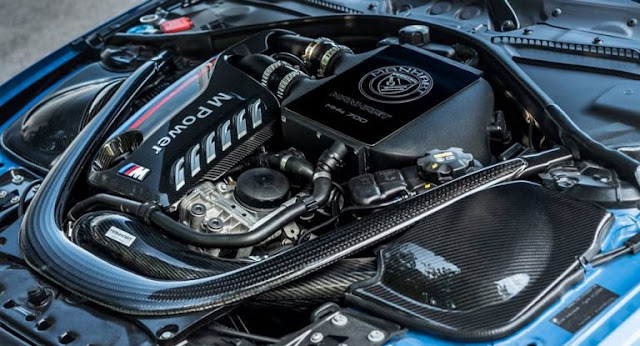 Now, about that body kit. The front and rear bumpers of the car haven’t been touched, but the tuner has added an apron and a new diffuser, along with some extensions at the back, massive bolt-on fenders on all four corners and a large ducktail spoiler.

The interior of the car features white leather and carbon fiber accents, and to complement the exterior look, blue accents have been added on the steering wheel, paddle shifters and gear lever surround.
Tags : BMW, BMW M4, Manhart, Tuning,
Share to: