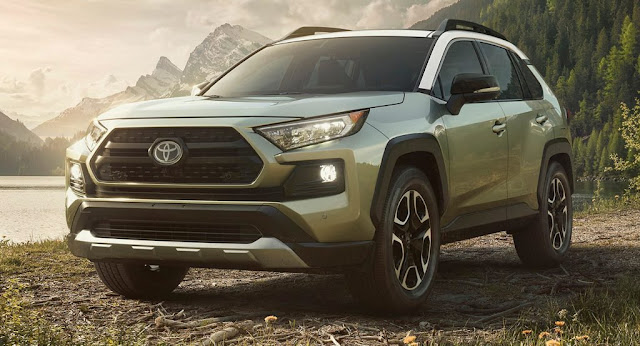 Toyota has confirmed engine specs for the all-new 2019 RAV4 crossover ahead of its official arrival in Australia in the second quarter of next year.

This new RAV4 will be Toyota’s first-ever hybrid SUV on sale Down Under, boasting a newly developed electric AWD system that’s meant to provide maximum traction and high levels of fuel efficiency. At the same time, a mechanical AWD system is also available, although it’s not as efficient as the electric one.

Buyers opting for the non-hybrid version of the new 2.5-liter unit will benefit from 206 PS (203 HP) and 243 Nm (179 lb-ft), roughly 15.2% more power and 4.3% more torque than the current 2.5-liter engine. Also, instead of a six-speed automatic gearbox, this engine will now work in conjunction with a new eight-speed automatic, which is said to have a lower first gear for improved start-off performance.

As for the hybrid, it combines a 2.5-liter petrol unit with an electric motor, generating a total output of 210 PS (207 HP). Depending on driving conditions, up to 80% of available torque can be sent to the rear wheels via the electric AWD system, which is more compact and weighs less than its mechanical counterpart.

“The all-new RAV4 will offer even greater appeal for people looking to re-energize in comfort and luxury, whether on the everyday commute or while enjoying weekend trips away,” stated Toyota Australia’s sales and marketing VP, Sean Hanley. “The new drivetrains deliver confidence-inspiring performance and agility and will result in a new perception of hybrid with electric AWD capability that enhances driving pleasure.”

Since the hybrid battery is positioned under the rear seat, both hybrid and petrol variants feature the same luggage space. 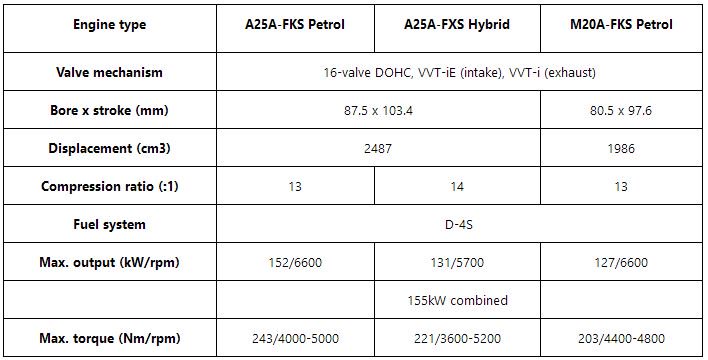