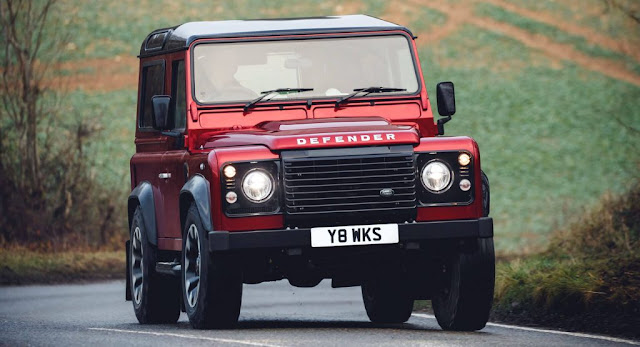 Ford could help build a rival to the iconic Land Rover Defender if plans from chemicals company Ineos come to fruition.

Automotive News reports that Ineos has shortlisted Ford’s engine plant in Bridgend, south Wales, as a possible production location for the off-roader. Discussions are ongoing between the two companies.


In 2017, Ineos chairman Jim Ratcliffe detailed his plans for a vehicle in the style of the Land Rover Defender dubbed Project Grenadier. Despite having no prior experience in building vehicles, Ineos has bold ambitions for its automotive endeavor and has said that its Defender-style SUV will ultimately be followed by a family of models offered with petrol, diesel, and hybrid powertrains.

As of September 2017, Ineos had allegedly been considering building a new plant in the United Kingdom at a cost of up to $945 million to build its range of vehicles.

However, the company is now in talks with the Blue Oval to use a section of Ford’s plant which currently builds engines for Jaguar Land Rover and will cease production in 2020.

According to Ineos, a final decision has yet to be made. The company has previously confirmed that former Mercedes division MBTech will handle engineering of the SUV while Magna International will be responsible for chassis development.

“Our job is to create the world’s best and most uncompromising 4×4, and we are steadily moving forward with the project. We have recruited a first-class management team, are making good progress in our search for a manufacturing site, and we are now launching the new Projekt Grenadier interactive website.”
Tags : Ford, Land Rover, Land Rover Defender, Reports, SUV,
Share to: