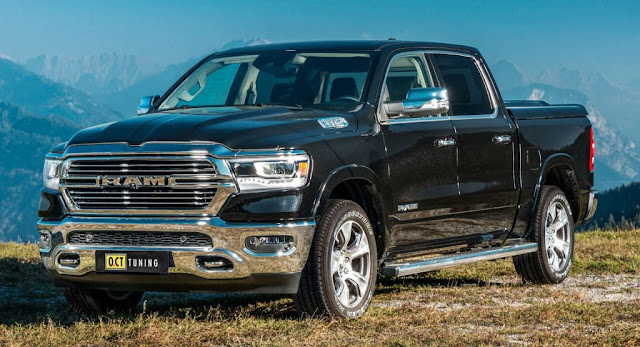 O.CT Tuning’s usual work concerns vehicles made by the brands of the Volkswagen Group.

Thus, over the years we have seen them take on some very impressive machines from Audi, Porsche and Lamborghini. But it’s not restricted to those, as a special Chevrolet Camaro, with plenty of power, arrived in their backyard.


Like the Camaro, their latest project comes from North America. It’s one of FCA’s best-selling vehicles, and one of the pickup truck kings: the Ram 1500.

The result isn’t a staggering increase in power, yet it transforms the 2019 Ram 1500 “from hatchet to racehorse”, according to the tuning company. Also, the improvements are said to have made it quicker to respond in daily driving. Therefore, the larger output in combination with the ability to haul large cargo and venture far off the beaten path make this tuned 2019 Ram 1500 a bit faster without compromising the rest of its features .
Tags : O.CT., Ram, Trucks, Tuning,
Share to: