Audi Q2L E-Tron, AI:ME Concept Will Be Unveiled Next Week 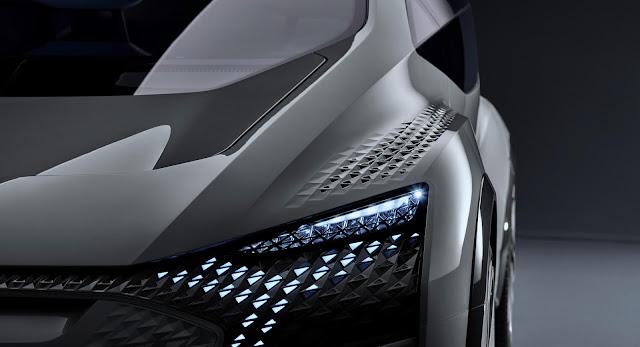 Audi has a number of major premieres for the 2019 Shanghai Auto Show, which will open its gates next Tuesday, April 16, at the National Exhibition and Convention Center.

The Q2L E-Tron is 1.3 inches (33 mm) longer than the Q2, which means that is has a total length of 166.3 inches (4,224 mm), which translates into improved legroom for second-row occupants, a thing much appreciated among Chinese car buyers. 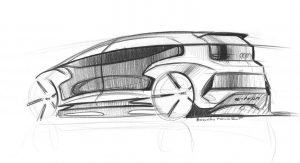 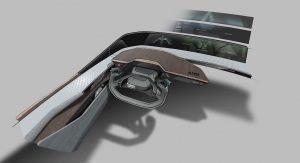 As is customary with many manufacturers, the long wheelbase version of the electric SUV will be limited to the Chinese market. It will be built locally, at the Foshan factory, with deliveries kicking off this summer.

“With both the Audi Q2L E-Tron and Audi E-Tron electric models, we are launching a new era in China with our partner FAW”, said Audi CEO Bram Schot. “The compact SUV will be produced locally already this year and, beginning in 2020, the Audi E-Tron (also displayed in Shanghai) will also be produced in China, our largest and most important market worldwide.”

The brand’s other world premiere for the Chinese auto show is the AI:ME Concept, a vehicle that shows how a future compact car might be like. It’s equipped with Level 4 autonomous driving and comes with an interior design described as being “roomy and futuristic”, fitted with a wide range of high-tech features that will keep occupants entertained and relaxed as the car practically drives itself.

Finally, Audi will officially launch the second-gen Q3 in the country. The premium compact SUV will also be manufactured in China for the local market and comes with a choice of three four-cylinder engines, whose outputs range between 148 and 217 hp (150-220 PS / 110-162 kW).