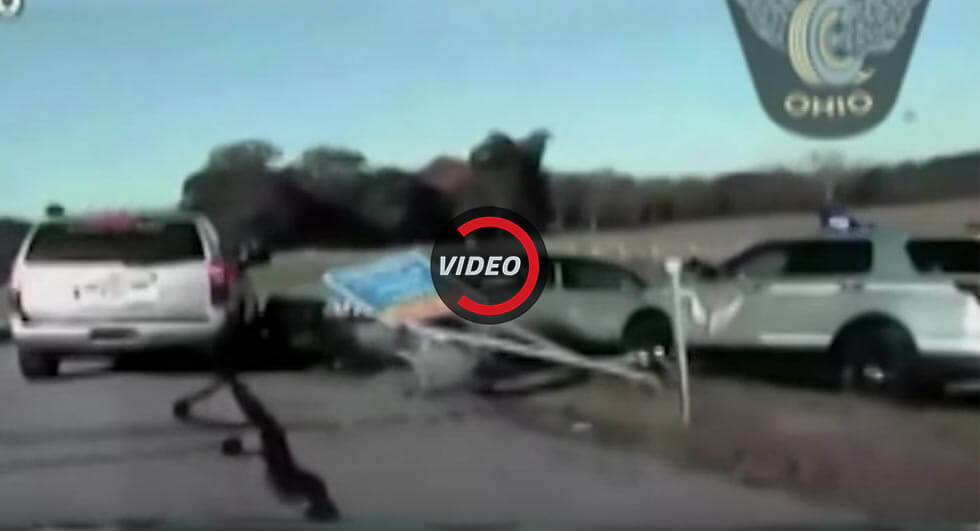 A 10-year old boy in Ohio recently led police on a wild chase that reportedly reached speeds of up to 100 mph (161 km/h).

According to Cleveland.com, the boy stole a car belonging to her mother's boyfriend at 8:30 a.m. on Thursday when he was supposed to be waiting for his sister to take him to school. The boyfriend called the police while his mother jumped into another vehicle to follow him.

She then contacted police and told them where her son was heading. This sparked a 45 mile (72 km) chase which mostly took place on I-80.

After the boy refused to pull over, police deployed spike strips but he was able to avoid them. However, one of these maneuvers forced him off the interstate and police were determined not to let him back on the roadway. As you can see in the video, a Ford Explorer Police Interceptor Utility attempts a PIT maneuver and successfully forces the boy to lose control. He then crashes the car into a sign and another police vehicle before becoming trapped.

Ohio State Highway Patrol Lt. Richard Reeder told the publication the boy refused to cooperate and troopers were forced to pull him out of the car through the window. He then kicked and spat on officers before being handcuffed.

The boy is in serious trouble as Fox News reports he has been charged with felony fleeing and eluding and was placed in a juvenile detention center.