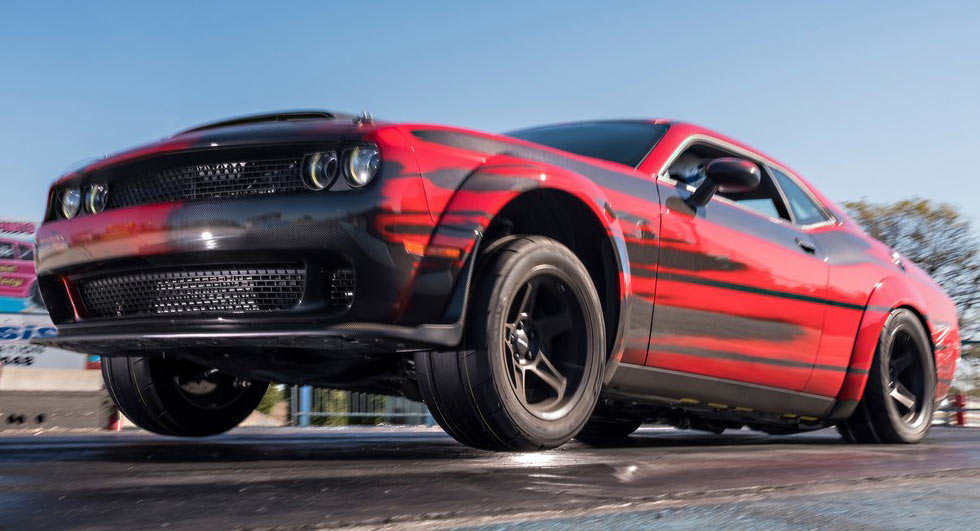 The Dodge Challenger SRT Demon is one of the most insane muscle cars ever created but SpeedKore has decided it isn't extreme enough.

The Wisconsin-based firm has announced plans to introduce a new variant at SEMA which has been equipped with an assortment of carbon fiber body panels to reduce weight. Little is known about the vehicle at this point but the pictures show the car will have a unique paint job that features red accents and exposed carbon fiber.

This isn't the company's first foray into carbon fiber Challengers as SpeedKore previously offered SK10 Hellcat. Production was limited to 10 units and the car's entire body was fabricated from prepreg autoclaved carbon fiber which enabled the model to weigh "hundreds of pounds" less than a standard Challenger Hellcat.

Other modifications included a Katzkin leather interior, a Baer braking system, and the installation of HRE wheels.