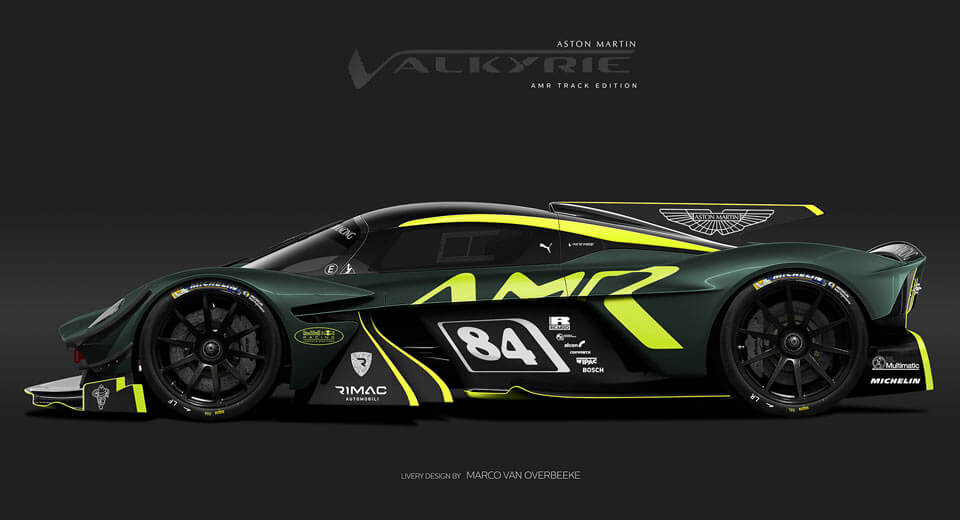 Sitting one rung above the Aston Martin Valkyrie in the British marque’s range will be the track-only variant of the Valkyrie, thought to rival the lap times of a Formula One car.

Aston Martin has yet to reveal the road-going Valkyrie in its final configuration so it’s unclear what the track-only model will look like. Nevertheless, Marco van Overbeeke has rendered the model, alongside a Valkyrie Roadster.

Aston’s number one objective with the track model will be increasing its downforce. As such, van Overbeeke has designed a more prominent front splitter and two canards on either side of the bumper. Additionally, the carbon fiber fins on the hypercar’s sides have been modified and a large shark fin has been installed to aid in stability.

Final modifications made to the car include center-locking race wheels and Michelin slick tires.

As for the Roadster, it looks simply pornographic and like the Pagani Zonda Cinque Roadster, retains the carbon fiber roof scoop of the hardtop.

Sadly, a Valkryie Roadster won’t see the light of day as production of the car will be capped at 150 units, 25 of which will be the track-only model.