Audi Locked Out All Three DTM Titles This Season 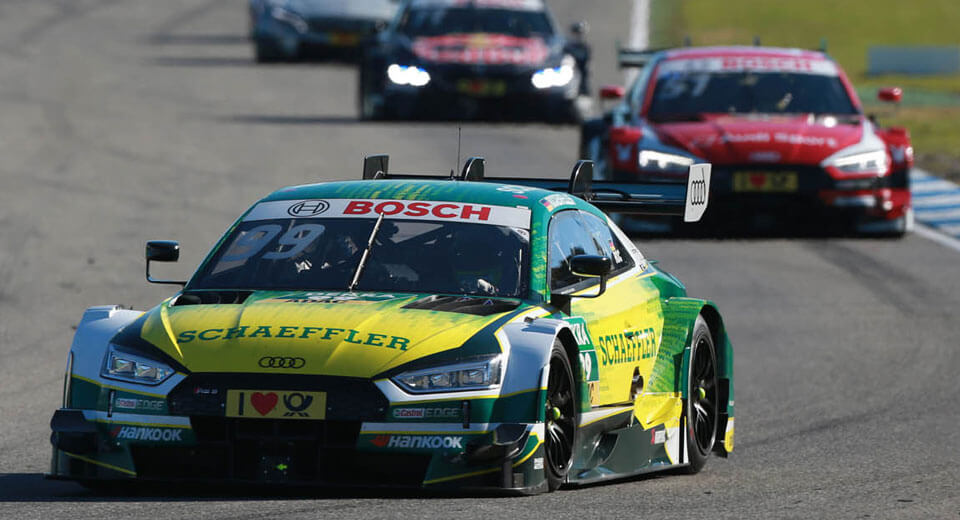 Racing doesn't get much more competitive than Germany's DTM series, and this year it's Audi that has come out on top – across the board.

Heading into the final round this weekend at Hockenheim, Audi had already secured the manufacturers' title, and with Team Rosberg, the teams' championship as well. And in the final race, rookie driver René Rast took the drivers title – also in an Audi.

Rast outperformed three other Audi drivers to take the championship, including Mattias Ekström whose seat he temporarily filled at last year's season finale. This being his first full season, though, Rast became only the seventh driver to win the DTM championship in his rookie year – the last having been Nicola Larini over two decades ago.

It's an especially auspicious victory for Audi this year, which just shut down its LMP1 program last season. Next year will be the last season in which the three major German automakers will compete before Mercedes withdraws from the series.

“Today, we secured the drivers’ championship for Audi – that was our big aim.” said Audi Motorsport chief Dieter Gass. “The manufacturers’ and teams’ championships are assured as well. You can’t do any better than that.”

This marks the first time in 13 years that Audi has won all three titles in the same season of DTM racing. It won the constructors' championship last season, and both the drivers' and teams' titles in 2013. With 13 championships to BMW's 9 and Audi's 4 (and 176 race wins to Audi's 77 and BMW's 69), Mercedes will still leave the series as the most dominant force in German touring car racing.