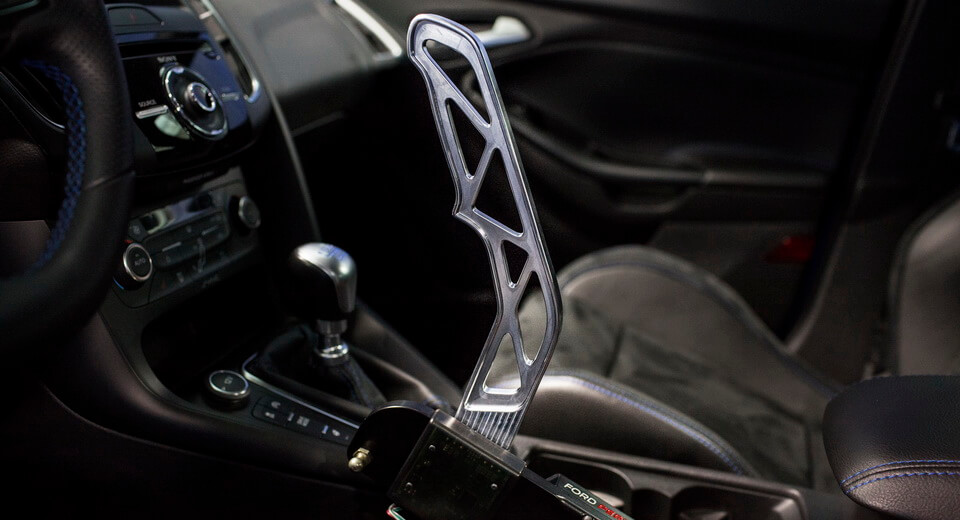 Ford Performance revealed the all-new Drift Stick, the first-ever rally-inspired electronic handbrake, developed and designed for the Focus RS with the seal of approval by tire-smoke master Ken Block.

The new Drift Stick was created by the same team responsible for the Focus RS’s infamous Drift mode. It’s basically an aluminum lever between the driver’s seat and manual transmission which opens the rear-drive unit’s clutches and applies hydraulic pressure to lock the rear wheels with a simple pull, just like a real rally car.

“The passionate engineers at Ford Performance are also enthusiasts,” said Dave Pericak, global director, Ford Performance. “Everyone here is encouraged to think outside the box, so project ‘Wicked Stick’ was born. Our engineers will leverage the learnings from its development for many future products for Ford Performance and, ultimately, take back even more of an innovative spirit when they rejoin our mainstream engineering teams.”

For the final sign-off, Ken Block provided his feedback to Ford Performance, pushing for the electronic handbrake to be offered as it offers basically the quickest possible way to get the Focus RS sideways without a clutch for large-angle drifts.

“I think it’s really cool that Ford Performance is offering customers a way to create large-angle drifts in the Focus RS. Obviously it’s something that I’m really passionate about having been a part of the development of the production vehicle, so it’s exciting to see it come to life," said Ken Block. “It definitely makes the car even more fun to drive."

Unlike a hydraulic handbrake, Ford’s Drift Stick doesn’t require any modifications (no welding, hole drilling or extra calipers) that can’t be easily reversed as it was developed as an entirely electronic technology. It also connects to the onboard diagnostics port of the car and acts as a professional calibration tool.

As you would imagine -and just like the Focus RS’s drift mode- the new Drift Stick is intended for track use only. Ford will offer it to customers in the US and Canada only, priced at $999, with the kit including the Drift Stick lever, mounts and circuit board with professional calibration functionality. 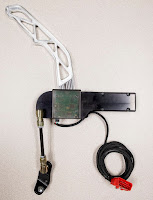