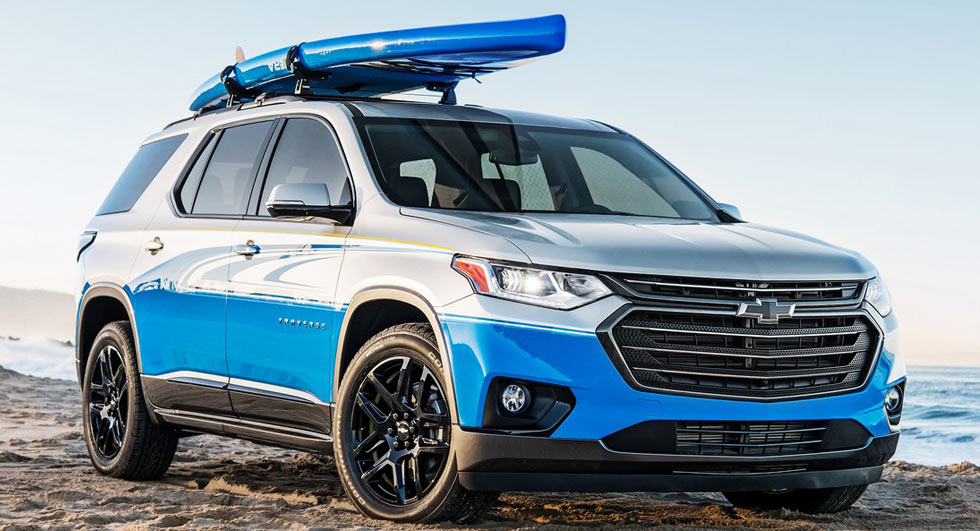 The countdown to the SEMA Show continues as Chevrolet has taken the wraps off the Traverse SUP concept.

Since automaker is in the business of making money, the crossover has been outfitted with an assortment of Chevrolet Accessories that can be purchased at dealerships. Notable items include black bowtie emblems, a black grille insert, and 20-inch aluminum wheels with a black finish. Designers also installed side steps and a trailer hitch kit.

Interior changes are fairly limited as Chevrolet says the concept has embroidered headrests, illuminated door sill plates, and all-weather floor mats. Last but not least, there's a cargo liner to prevent the luggage compartment from getting dirty.

Chevrolet declined to mention performance specifications but the model is likely powered by a 3.6-liter V6 engine that develops 310 hp (231 kW) and 266 lb-ft (360 Nm) of torque.

The SUP concept will be shown alongside approximately 20 other Chevrolet models and we can expect to learn more about them shortly.