Lamborghini Aventador Turned Into The World's Most Expensive Racing SIM 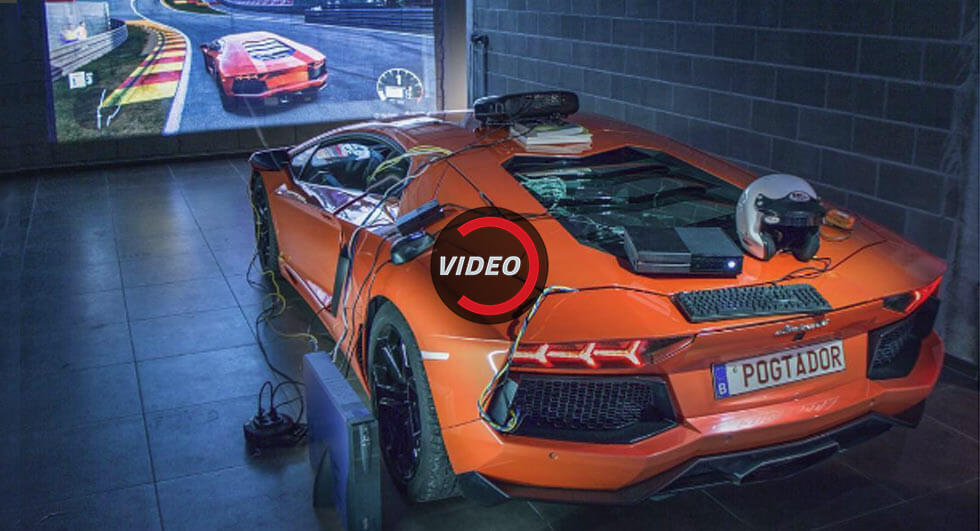 Racing simulators definitely up the fun factor but they still fall short of creating a realistic racing environment.

Car and gaming enthusiast POG decided to take things to an absurd new level by modifying his Lamborghini Aventador to act as a racing controller to play Forza Motorsport 7.

As you can see in this short video, POG goes to the store and picks up his copy of the game. When he returns home, he sets to work by installing a projector in his garage. After hooking up an Xbox and a variety of different cables, POG successfully loads up the game which is displayed on a massive screen in front of the car.

With the lights turned out, the garage is transformed into a massive video game theater and POG selects to drive an Aventador in the game. The results are pretty impressive as the controls in the real-life model are feed into the game which responds accordingly.

While there are definitely cheaper ways to play Forza Motorsport 7, it's an interesting idea but probably not quite as fun as actually driving the car itself.

My Lambo is my Xbox controller
I modded my lambo to work as an Xbox controller 😎 / J'ai transformé ma Lambo en manette Xbox 😎
Posted by POG on Saturday, October 21, 2017